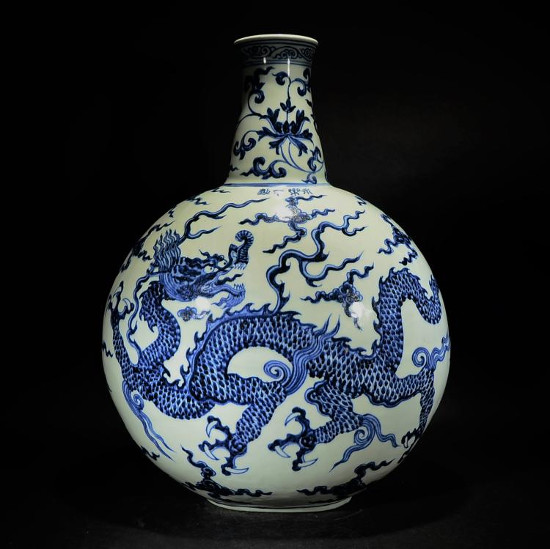 A Yongle mark blue and white dragon pattern vase will provide one of the highlights of an Asian art sale at Baoyi in Flushing, New York.
The piece is valued at $60,000-80,000 ahead of the February 19 start date.

Blue and white porcelain produced at the imperial kiln were issued with reign marks for the first time during the Yongle era (1403-1424).

However, the practise was not widely carried out – making those few pieces that do display a genuine Yongle reign mark extremely valuable.

The present lot remains in very good condition for its age, with bold paintwork and no visible chipping. It could well perform substantially better than expected.

Other Yongle marked blue and white china pieces have sold for millions in the past.

Hetian was a key link in the Silk Road route, standing close to the border with what is now India, Pakistan and Afghanistan.

One of its best known exports is Hetian jade, which was mined nearby and is highly prized for its glassy appearance and extreme toughness (it can scratch glass).

It’s the same material used in the colossal sculpture showing Da Yu Regulating the River, which was housed in the Forbidden City and is considered one of China’s greatest treasures.

The sale includes a wealth of other artefacts, from Buddhist thangkas to rare bronzes.