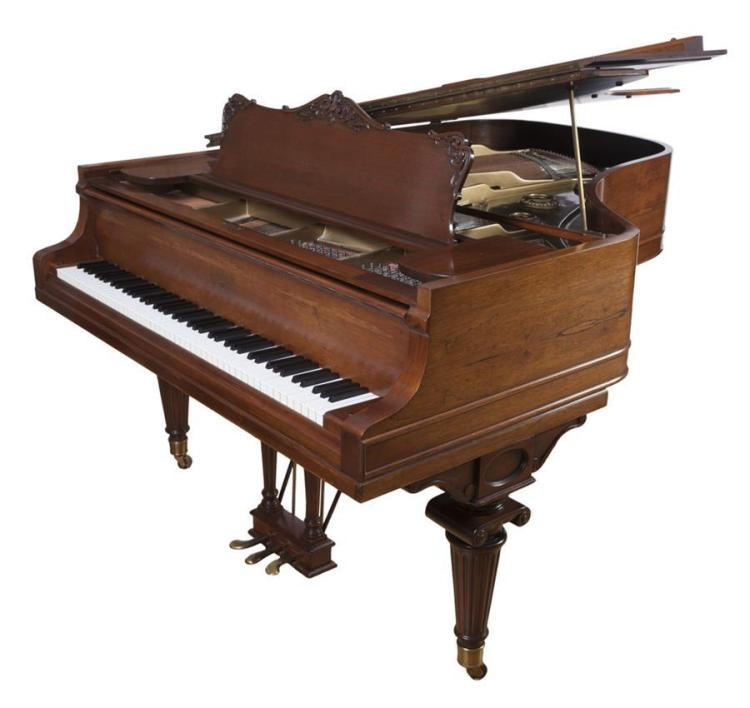 An antique parlour grand piano by WM Knabe & Co of Boston is valued at $12,500-15,000 ahead of a sale at Link Auction Galleries in St Louis, Missouri.
The lot dates to around 1905 and has been expertly restored.

Following the destruction of the factory in a fire and the death of his partner, Knabe set up a business of his own.

As the auction house explains, he was ultimately very succesful: “Knabe has a rich history that spans over 200 years. Francis Scott Key, composer of The Star Spangled Banner, commissioned Knabe to custom build a piano in 1838.

“In 1926, the company once again made news when the New York Metropolitan Opera selected Knabe as the official pianos of the opera.”

Kohn taught for many years as Professor Emeritus at Washington University in St Louis.

His idiosyncratic and colourful work focused on landscapes around the world. The present lot shows two iconic St Louis buildings; the art deco Continental Building and the Fox Theater.