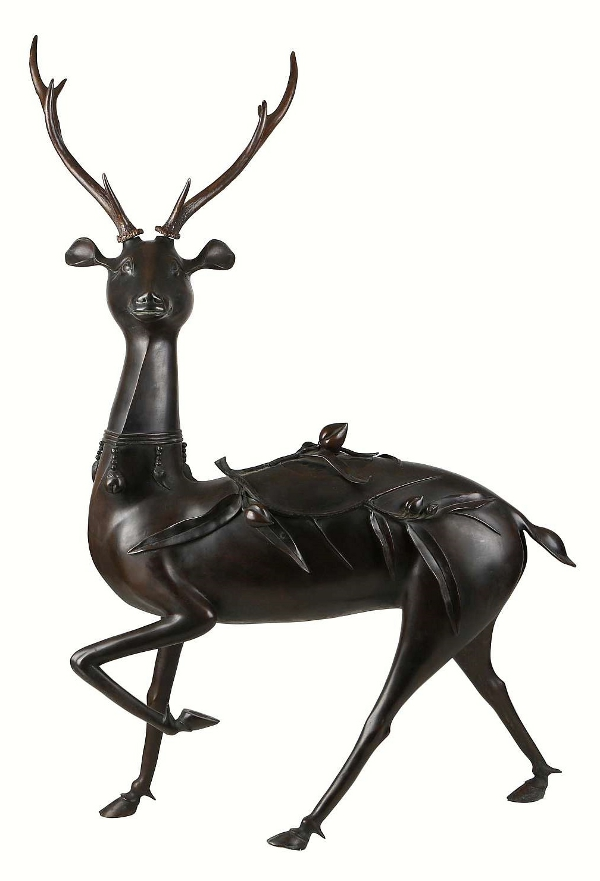 Chiswick Auctions is set to host a dedicated sale of Asian art, with more than 330 lots of ceramics, sculpture, jade, furniture and decorative objects spanning centuries of craftsmanship.
The most valuable piece on offer is a Ming Dynasty cloisonné enamel waterpot, dating from the reign of the Wanli Emperor (1563-1620). This domed pot, also known as a ‘taibozun’, is decorated with two rows of scrolling lotus flowers on a lapis green ground, and will be offered with an estimate of £8,000-£12,000.

Further treasures from this same period will include a Wanli cloisonné enamel stepped bowl decorated with floral decoration on a turquoise blue ground, estimated at £4,000-£6,000.

One of the most impressive lots is a giant Japanese bronze deer statue measuring 115cm tall, designed as an incense burner known as a ‘koro’. Dating from the Meiji Period (1868-1912), a period in which Japan transformed from a feudal society to its modern form, the striking deer koro is naturalistically cast and estimated to sell for £9,000-£12,000.