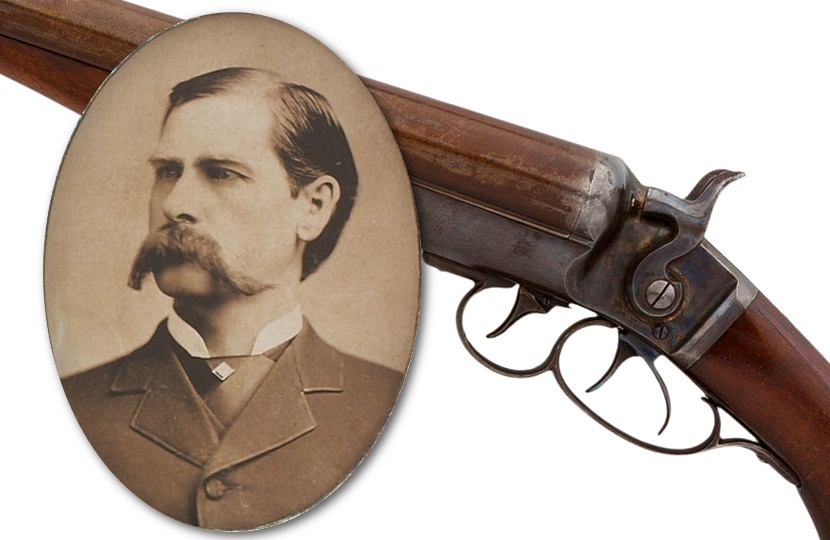 The shotgun used by legendary Old West lawman Wyatt Earp to kill outlaw ‘Curly Bill’ Brocius will be offered for sale at Heritage Auctions next month.

The shotgun has been described as “one of the great treasures of the Old West”, and comes with a remarkable documented history spanning almost 140 years.

The J. Stevens & Co. Double Barrel Percussion Shotgun will lead an auction of American political and historic artifacts which takes place in Dallas on February 22-23.

“Heritage Auctions has been privileged over the years to offer some marvelous and important relics and artifacts of the Old West, but surely this Wyatt Earp gun stands head and shoulders above them all,” said the auction house.

Wyatt Earp (1848 – 1929) was a gambler and lawman who served as a deputy marshal in the notorious town of Tombstone, Arizona.

It was there in 1881, alongside his brothers Virgil and Morgan and close friend Doc Holliday, that he took part in perhaps the most famous gunfight in U.S history at the O.K Corral.

The shoot-out lasted just 30 seconds, and resulted in the deaths of outlaws Billy Clanton, and Tom and Frank McLaury.

The Earp brothers were targeted for revenge following the O.K Coral shoot-out, and on December 28, 1881 Virgil was ambushed and maimed with a shotgun blast that shattered his arm.

Then on the night of March 18, 1882, Morgan Earp was playing pool at the Campbell & Hatch Billiard Parlor in Tombstone when he was shot through a door by an unseen assassin.

Wyatt and his brothers tried to help him, but according to legend Morgan said “Don’t, I can’t stand it. This is the last game of pool I’ll ever play,” and died from his wounds less than an hour later.

When the cowboys accused of the two shootings escaped prosecution, Earp took the law into his own hands and set off with a posse to seek vengeance, on what became known as the ‘Earp Vendetta Ride’.

On March 24 the posse came across the cowboy camp in the Whetstone Mountains west of Tombstone, where they encountered nine suspects in Morgan Earp’s murder.

Amongst them was ‘Curly Bill’ Brocius, known as “Arizona’s most famous outlaw”, who was also wanted for robbing two Tombstone stagecoaches just two months earlier.

Brocius fired at Earp with his own shotgun and missed, but when the lawman returned fire his aim was true, and the outlaw was almost cut in two by a round of buckshot to the stomach.

Earp had borrowed the shotgun from his friend Fred Dodge, an undercover Wells Fargo agent sent to Tombstone to investigate stage coach robberies for the company.

After the shoot-out he returned the weapon to Dodge, who continued to use it throughout his 40-year career with the company before retiring in 1917.

In the early 1930s Dodge loaned his shotgun and other items of memorabilia to the Wells Fargo Museum, and when he died in 1938 they were inherited by his son Frank Jr.

Over the years the shotgun has passed through the hands of some of America’s most renowned Old West collectors, including Gerald G. Fox, Jim Earle and Greg Martin.

When Martin sold the weapon to the present consignor in 1984, he wrote:

“In my opinion the great historical associations, the first-hand accounts, and the impeccable documentation of ownership through the Dodge family make your Stevens shotgun one of the great treasures of the Old West.

“It is a direct link between Wyatt Earp and an era of American lore that is of incalculable importance.”

Now offered for sale for the first time in more than 35 years, the much-storied shotgun will once again attract passionate collectors for whom the Old West remains as vivid as the present day.

In 2014 a Colt .45 revolver reportedly owned by Wyatt Earp during his time in Tombstone, and possibly even carried during the O.K. Corral shoot-out, sold in Scottsdale, Arizona for $225,000. 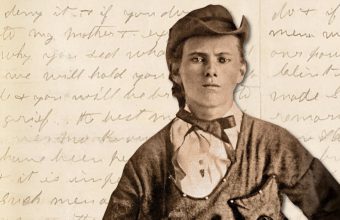