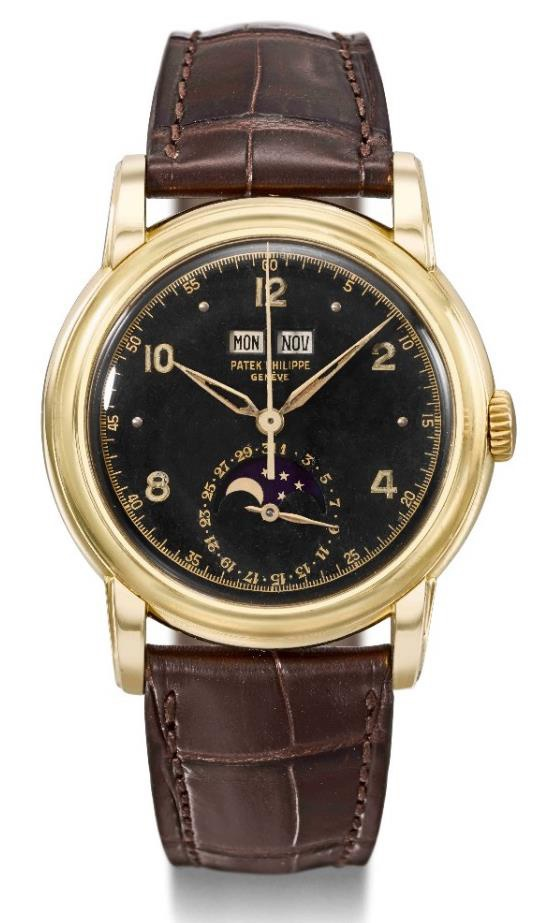 A unique Patek Philippe watch owned by Ethiopian Emperor Haile Selassie will be offered for sale at Christie’s next month.
The timepiece was made as a gift for Selassie, whose&nbsp; full title was "By the Conquering Lion of the Tribe of Judah, His Imperial Majesty Haile Selassie I, King of Kings of Ethiopia, Elect of God".

His royal lineage as a descendant of the biblical King Solomon inspired the birth of the Rastafari movement in Jamaica, and he is seen as the ‘Messiah’ for around four million followers around the world.

The watch is a ref. 2497 18k gold perpetual calendar wristwatch with sweep centre seconds, moon phases and a specially-engraved case back.

"It is without doubt one of the most captivating and important horological discoveries in recent years," said Thomas Perazzi, Head of Christie’s Watches Geneva.

"The watch unites exceptional rarity, stunning looks, [and] the excitement of being a previously unknown iteration of the landmark reference 2497."

"Furthermore, it is the one and only known example of this reference to bear a type of military-style black dial with luminous Arabic numerals and luminous Alpha hands, all absolutely unrestored and in original superb condition."

The watch is also described as having "one of the most distinguished provenances ever seen in an auction room".

Research shows that it was commissioned in 1954 by Federico Bazzi, an Italian aviation pioneer and businessman based in Asmara, Eritrea, and was presented to Selassie during his official visit to Switzerland in November 1954.

Years later, the Emperor himself presented the watch as a gift to an eminent African personality, whose family retained it for decades before consigning it to auction in November 2016.

A brief legal battle regarding ownership had halted that sale, but with the dispute now settled the watch will once again head for the auction block in Geneva, where it’s expected to sell for $500,000 – $1 million.

The Christie’s Rare Watches sale takes place in Geneva on May 15.