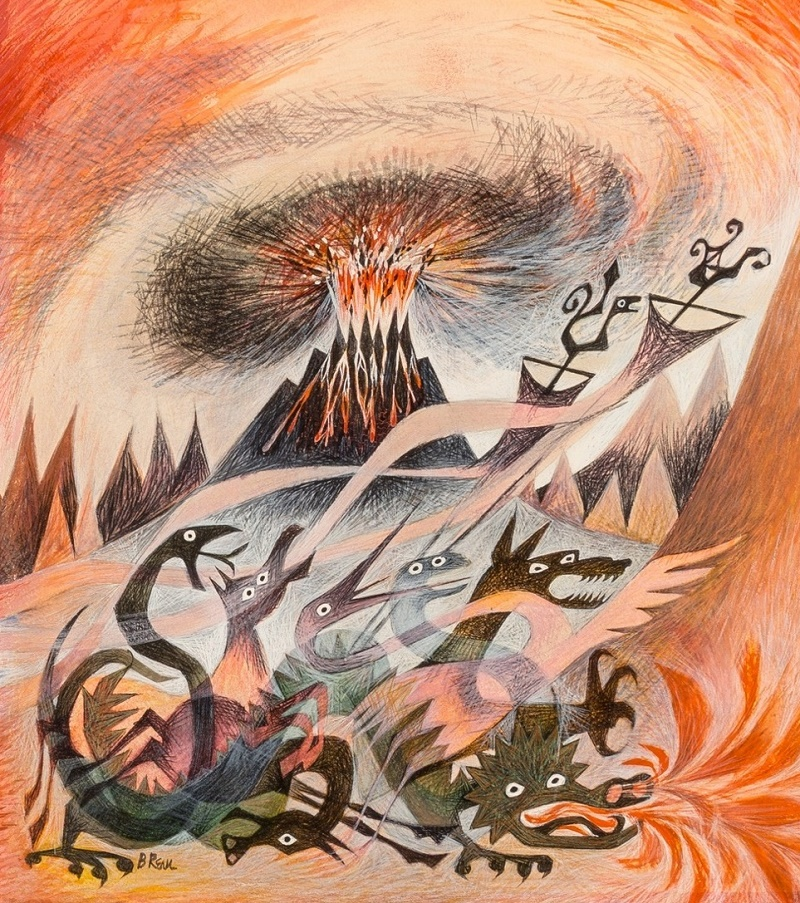 The original cover artwork from The Lord of the Rings books will lead a sale of illustration art at Heritage Auctions.
The artwork by Barbara Remington featured on the paperback books published in the mid-1960s, which established J.R.R Tolkien’s work as a cultural phenomenon.

The very first American paperback copies of The Lord of the Rings trilogy were published by Ace Books, who claimed the work was not under copyright in the U.S and refused to pay royalties to J.R.R Tolkien.

The author was outraged, and told his fans not to buy these unauthorized copies, which led to a grass-roots campaign to have Ace Books withdraw them from stores.

The first authorized paperback editions of the trilogy were then published by Ballantine Books in 1965, and were an instant success.

The three books featured cover artwork by illustrator Barbara Remington, who designed them so that they would create a panoramic depiction of Middle Earth when placed side by side.

However, Remington admitted that she had been unable to get hold of copies of the books to read before she created the artwork, and only had a loose idea of what they were about.

She later became a huge fan of Tolkien’s work, and stated she would have drawn different covers had she read the books first.

For his part, Tolkien was slightly confused by the illustrations, as they seemingly bore little relation to the story. But as Ballantine had permitted him to add a message to the back cover of the books, personally denouncing the unauthorized Ace Books versions, he didn’t seem to mind too much.

Remington’s original illustrations, which sweep from the peaceful Shire to the fiery peak of Mount Doom, are now expected to sell together for $20,000 – $30,000.

"The diversity of offerings in this auction once again shows the demand for Illustration Art," said Ed Jaster, Senior Vice President of at Heritage Auctions.

The Heritage Auctions Illustration Art Signature Auction takes place in Dallas on May 12. 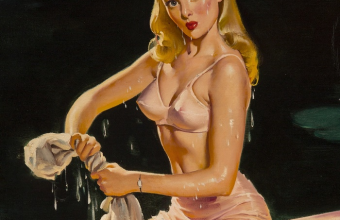