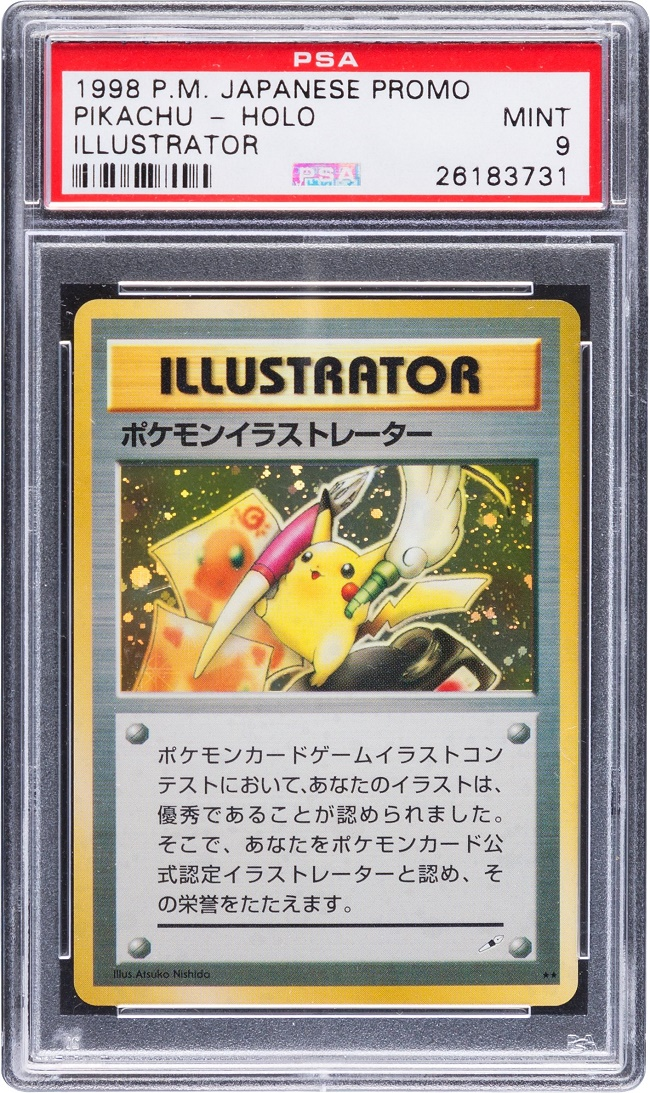 The world’s rarest Pokémon card could sell for more than $50,000 when it hits the auction block in California later this month.
The Pikachu Illustrator Card has been called the ‘Honus Wagner’ of Pokémon cards, in reference to the world’s most valuable baseball card considered a holy grail for collectors.

It’s believed that just 39 copies of the Pikachu Illustrator Card were ever produced, as prizes for winners of a 1998 CoroCoro Comic Illustration Contest.

The ‘Double-Star’ rarity promo card was designed by Atsuko Nishida, one of the chief Pokémon graphic illustrators, and features Pikachu holding a pen and other drawing tools.

It’s not known how many of the original cards have survived, but just ten examples have been certified by PSA – of which this card has the highest grade of PSA 9 Mint.

According to experts, "the lot has always been a five figure card. The Pikachu Illustrator first sold in the early 2000s for around $23,000. No card has as many unique nuances, peaking the interest of anyone who discovers its rare existence."

The Pokémon trading card craze began in Japan in 1996, following the release of a highly popular game for the Nintendo Game Boy.

The hobby hit the U.S in 1997, with cards being sold for $50-$100 each as kids sought to ‘catch ’em all’. But by the mid-2000s the popularity of the cards had tailed off, and the first generation of collectors outgrew the cards.

However, the values of vintage Pokémon cards have risen in recent months, following the release of the incredibly successful Pokémon Go game which became a global cultural phenomenon.

With more than 500 million copies downloaded around the world, the free game inspired new generations of fans and revived a passion for Pokémon in adult collectors.

Having tracked the current market for rare cards, including eBay sales, Heritage experts have noticed a drop in the number of rare high-end cards being offered for sale – suggesting collectors are now keeping hold of them as investments.

With a live-action Hollywood movie currently in development, it seems that the Pokémon franchise is set to grow and grow – which could be positive news for those with cards tucked away at home.