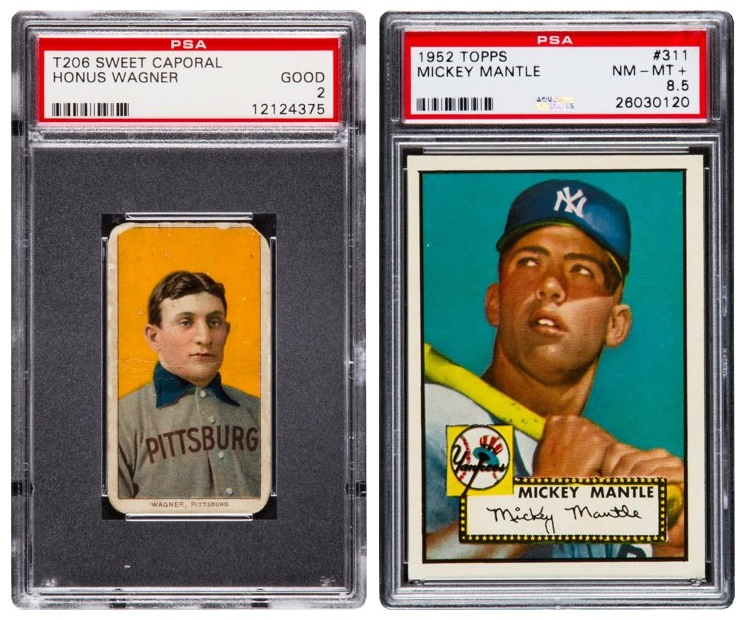 The two most iconic baseball cards of all time will headline Heritage Auctions’ biggest sports collectibles sale of 2016.
The 5,000-lot sale is expected to achieve more than $10 million, led by rare examples of the fabled T206 Honus Wagner card and the 1952 Topps Mickey Mantle rookie card.

"We’ve known that this auction was going to be something truly special since The National in August," said Chris Ivy, Director of Heritage Sports Collectibles. "That’s where we picked up the Wagner and the Mantle, which should alone account for more than $2 million on the ledger."

Earlier this month the renowned ‘Jumbo’ Wagner card – one of the highest graded examples in the hobby with extra-wide borders – sold at Goldin Auctions for a world-record price of $3.21 million.

Just a few dozen cards are known to survive, with many now locked into long-term private collections, and the example at Heritage, graded PSA Good 2, is only the third the auction house has ever offered.

Rare in any condition, this ‘Holy Grail’ of card collecting is expected to sell for upwards of $800,000.

The 1952 Topps Mickey Mantle rookie card is by far the most famous post-war sports card ever produced. It’s the card every Baby Boomer ‘remembers’ having as a kid, and the card every modern collector desires as an adult.

The example offered at Heritage is one of the world’s finest surviving copies, graded PSA NM-MT+ 8.5. Just 12 cards have ever been graded at 8.5 or higher, and this card is the newest on the list – having been discovered at the Heritage booth and graded by PSA on site at the National Sports Collectors Convention in August 2016.

The current auction record for a Topps Mantle rookie card stands at $525,800, set at Heritage in 2015. That record now looks set to be shattered, with bidding on the current example already up to $800,000 against an estimate of $1 million+.