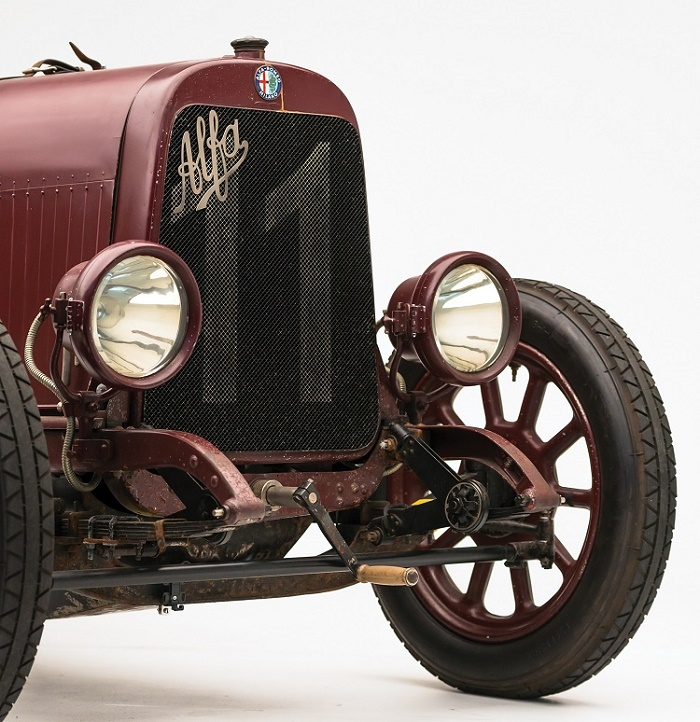 The world’s oldest Alfa Romeo will be offered for sale by RM Sotheby’s next year, during the company’s annual Arizona sale.
The Alfa Romeo G1 will be one of the star lots of the sale, which takes place at the Arizona Biltmore Resort & Spa in Phoenix on January 18-19.

The Italian manufacturer started out life in 1910 as A.L.F.A. (Anonima Lombarda Fabbrica Automobili), and was later acquired in 1915 by the Neapolitan entrepreneur Nicola Romeo, who officially changed the name to Alfa Romeo in 1920.

The first car to bear the Alfa Romeo badge was actually the Torpedo 20-30 HPm, an old ALFA design built in 1920 using parts that had sat in the factory since before the outbreak of WWI.

But the first completely new vehicle designed under the Alfa Romeo name was the G1, a six-cylinder model built to compete with similar American and British luxury vehicles.

The Alfa Romeo G1 was released in 1921, but high fuel costs and road taxes meant there was little appetite for the car in Italy at the time.

In total the company built just 52 G1s, including two prototypes, and the entire production run was shipped over to Australia instead.

Chassis 6018 is believed to be the only complete surviving example of its kind – making it the earliest-known Alfa Romeo in existence.

Having been sold new in Australia, it then spent years in a barn before being rediscovered on a farm in the 1940s.

It soon disappeared into storage once again, but in 1965 it was unearthed for a second time by Alfa Romeo enthusiast Ross Flewell-Smith, who painstakingly restored it throughout the 1970s.

It received another thorough restoration in the 2000s, and since then the car has twice been awarded at the prestigious Pebble Beach Concours d’Elegance.

As the world’s oldest piece of Alfa Romeo history you can still hit the road in, the G1 is eligible for historic motoring events such as the Mille Miglia and the Goodwood Members Meeting.

In recent years, a number of rare and historic Alfa Romeos have achieved record prices at auction.

Most notably in 2016, a 1939 Alfa Romeo 8C 2900B Lungo Touring Spider sold at RM Sotheby’s in Monterey for a stunning $19.8 million – establishing a new world record price for any pre-WWII automobile.

Although no estimate is currently available for the G1, it’s expected to easily fetch a seven-figure sum when it crosses the block next year.