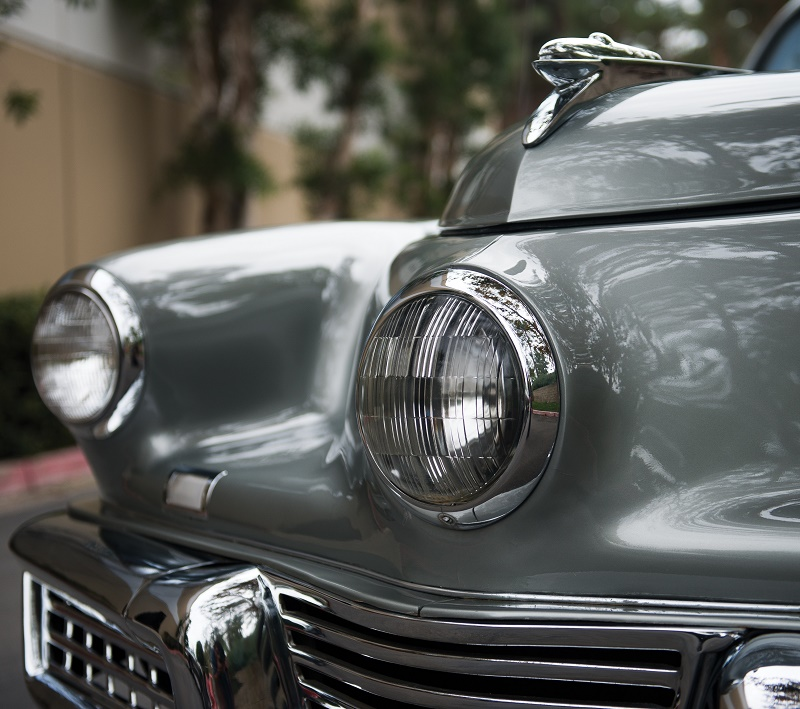 Few American automobiles are more iconic than the Tucker 48 – and RM Sotheby’s is about to sell the very one owned by Preston Tucker himself.
The rare and historic car will go under the hammer this month at the company’s Arizona sale on January 18-19, where it’s expected to sell for up to $1.5 million.

Preston Tucker’s name is legendary as the man who single-handedly took on the American automotive industry.

The Michigan-born engineer and businessman dreamed of producing his own car, and in 1948 he launched Tucker Torpedo.

Tucker called it ‘The Car of the Future’, and it was hard to disagree.

The Torpedo looked like no other car on the market, with sleek Art Deco styling, and was packed with innovative features such as a third central headlight, pivoting fenders, disc brakes, a rear engine and a pop-out windscreen.

However, Preston Tucker’s attempts to revolutionise the market were met with opposition from the major manufacturers.

They used their influence to block his access to steel and other raw materials, and publically accused his cars of being unsafe.

They also questioned his methods of raising the cash to get the Torpedo into production, some of which had indeed been questionable, and Tucker was investigated by the Securities and Exchange Commission.

Eventually he was found innocent of all charges, but the damage to his reputation was irreparable and the company was soon declared bankrupt.

The Tucker Torpedo never went into full production, and in total just 51 examples were ever built between 1948 and 1949.

Today only 49 remain in existence, with the majority on permanent display in automotive museums or owned by wealthy private collectors.

The car on offer at RM Sotheby’s, #1029, was originally used for high-speed tests at the Indianapolis Motor Speedway, and appeared in the famous 1948 promotional film ‘The Tucker: The Man and the Car’.

It then became the Tucker’s personal car, and remained in his family for seven years, appearing in home movies and at Classic Car Club of America events.

Having passed through the hands of several collectors since then – including Governor of Arkansas Winthrop Rockefeller and James Brown’s business manager – it now comes to auction in remarkably original condition.

It’s not the first time RM Sotheby’s has brought a Tucker 48 to Arizona.

Back in 2017, the company offered a remarkable ‘barn find’ Tucker with less than 8,000 original miles on the clock.

Having remained hidden in storage for 33 years, the car caused a stir when it hit the block and achieved a final price of $1.34 million.