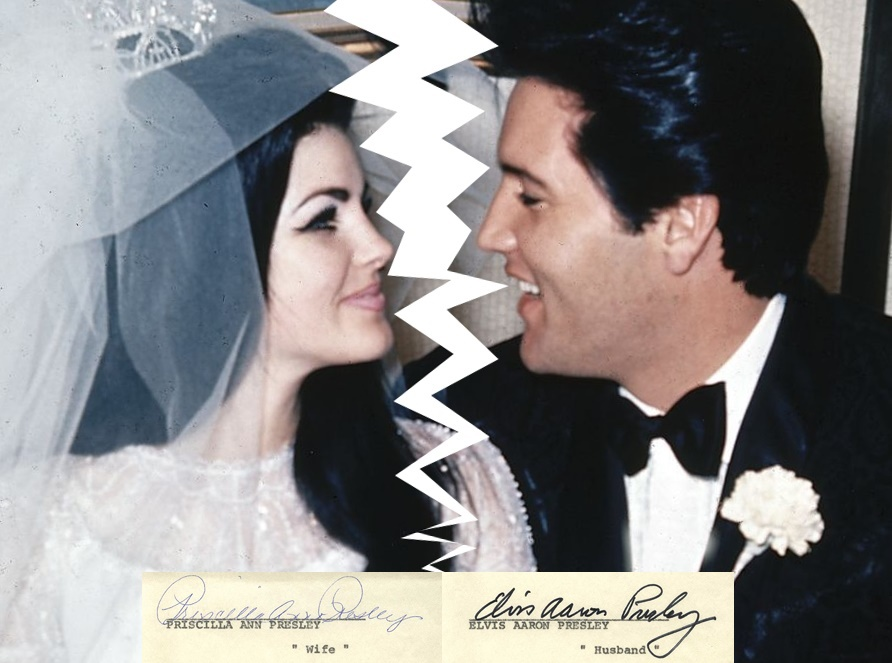 Elvis Presley’s divorce papers are heading top auction in the UK later this month.
The 12-page document includes two rare examples of Elvis’ autograph, which he signs in full "Elvis Aaron Presley", along with the signatures of Priscilla and their respective attorneys.

The document shows that Presley signed away several of his prized possessions when he officially separated from wife Priscilla in 1972.

These included a 1971 Mercedes-Benz car, a 1969 Cadillac El Dorado and a 1971 Harley Davidson motorbike, along with half the income from the sale of their three homes in California.

The papers also offered Priscilla a financial settlement of $100,000 – but when she later appointed new lawyers, they advised her to seek more money, and she eventually received a payment of $750,000.

Elvis first met Priscilla in 1959 whilst stationed in Germany with the U.S Army, and following a seven-year courtship they were married in Las Vegas in May 1967.

Their daughter Lisa Marie was born in 1968, but by the early 1970s their relationship was falling apart, with both Elvis and Priscilla finding solace with new partners.

The couple filed for divorce in August 1972, with the papers stating:

‘By this property settlement the parties wish to avoid unnecessary litigation and the emotional stress and expense which would accompany."

According to one of Elvis’ close friends, the divorce was "a blow from which he never recovered"

He suffered from depression following the break-down of his marriage, and although he had further relationships he never remarried before passing away in 1977.