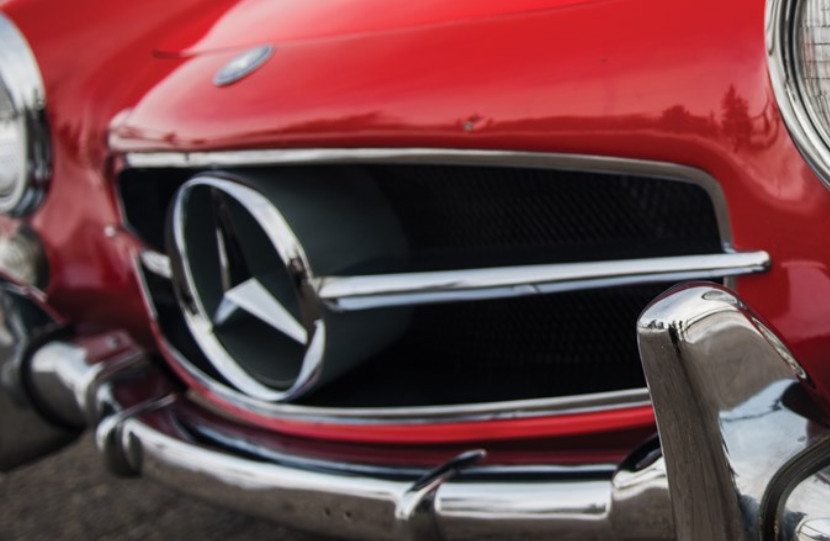 An extraordinary red 1957 Mercedes-Benz 300SL Gullwing is heading to auction in Fort Lauderdale, Florida. The car is valued at $1m-1.3m ahead of RM Sotheby’s April 7 sale.
This was one of the last 300SLs to roll off the production line and it remains in remarkably good condition. That’s largely down to the short window of time it was on the road.

The car passed between three owners in the Pacific northwest, the last of whom was Arthur LW True – the young heir to a large oil fortune. True died young in 1967. His family donated his car collection to the Henry Ford Museum in Dearborn, Michigan.

In the late 1960s it moved to the ACD Automobile Museum in Auburn, Indiana and has been there ever since, carefully maintained for the past half century.

RM Sotheby’s comments: “There are almost no other Gullwings that have survived in the condition of this car, and fewer still that have been continuously admired and beloved by so many, for so long, firing the imagination.

“For three decades, visitors to one of America’s foremost automotive museums have had the opportunity to envision mastering the art.

“Straddle the door sill. Slide in. Tuck the left leg in. Pull the door down. Fire up the canted inline six. Shift into first and go. Today, for one person, that long-fed dream becomes reality.”

General Motors designed the model to compete with the small, chic sports cars popular in Europe. This is number 147 of the first 300 built. It’s been lovingly restored to its original condition, achieving a Bloomington Gold Certification in 2004.