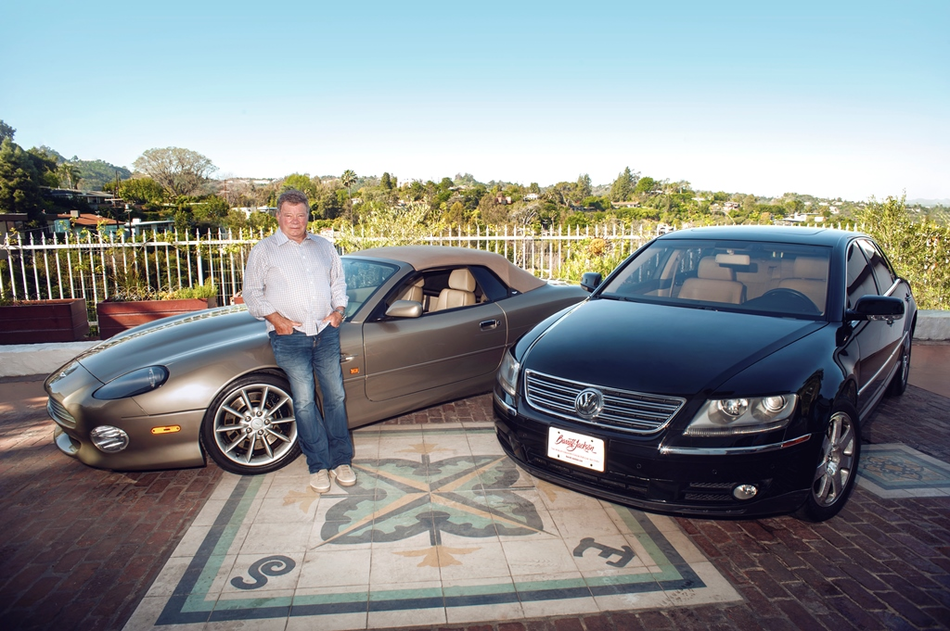 Two cars owned by Captain Kirk himself, William Shatner, are set to boldly go under the hammer at Barrett-Jackson next month.
The vehicles will cross the block as part of the company’s 14th Annual Palm Beach Auction, with the original Star Trek star on hand in Florida to help them find new homes.

“Our Palm Beach auction has been host to many fantastic celebrities over the past 14 years,” said Craig Jackson, chairman and CEO of Barrett-Jackson. “It’s an honor to add Mr. Shatner to our list of film and music legends that trust Barrett-Jackson with the auction of their vehicles. Having a car that belonged to the original ‘Captain Kirk’ will be a great story to tell for the new owners.”

The vehicles in question are a 2002 Aston Martin DB7 Volante and a 2004 Volkswagen Phaeton, both offered in superb condition from the collection of Shatner – a self-confessed petrol head whose love of cars has seen him undertake numerous cross-country road trips in the name of charity.

“Mechanical things have always fascinated me,” said Shatner. “The sound of the exhaust, the ticking of the engine, the sleekness of the design have intrigued and entranced me. I look for cars like the ones I am selling: this great VW Phaeton – one of the most advanced cars in the world at its time – and this Aston Martin DB7, which is a jewel of design.

“Barrett-Jackson is one of the great names in car auctions. I have two wonderful cars that I am sending to them. They are like my kids, but I know they will get great care and I will be there for the adoption process. I am looking forward to it.”

The sale’s roster also features an impressive line-up of super cars from both sides of the Atlantic. Notable highlights will include a 1990 Ferrari Testarossa; a 2004 Porsche Carrera GT; a 2006 Ford GT Heritage Edition with less than five miles on the clock; a 2006 Mercedes-Benz SLR McLaren; and a 1991 Lamborghini Diablo.