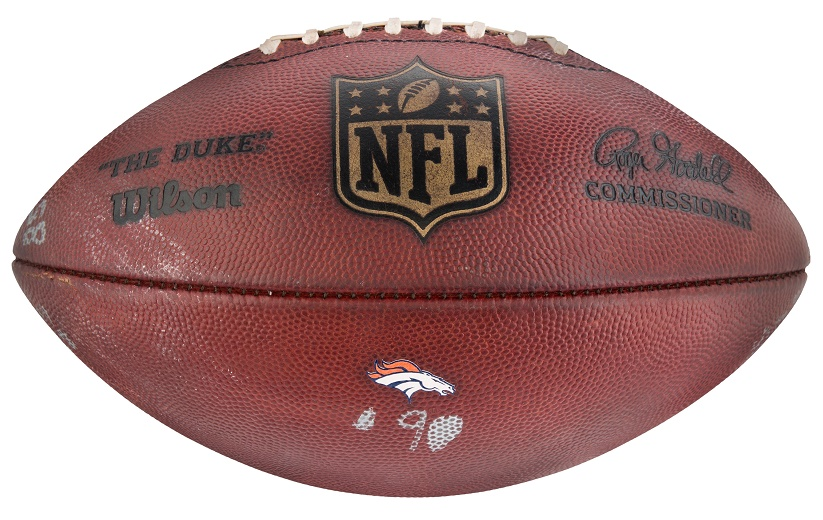 The ball thrown by Peyton Manning for his second-to-last career touchdown is heading for sale at Heritage Auctions.
Although he ended his career with victory at Super Bowl 50, Manning threw his final two touchdowns in the AFC Championship game against the New England Patriots, led by his old rival Tom Brady.

The first pass hit Broncos tight end Owen Daniels, who ran in from 21 yards out before spiking the ball into the crowd – where it then hit 10-year-old Brinton Nelson in the forehead.

It was Brinton’s first Broncos game, and he got the best memento possible when the ball was quickly snapped up by his dad, lifetime fan Chad Nelson.

“I look over and there is a ball floating around in the crowd and then it was instant the ball hit my son in the head and I caught it,” Chad Nelson told The Denver Post. “I didn’t see Owen Daniels spike the ball and I had no reason to think he had spiked the ball. I thought a fan had thrown it around like a beach ball, but then I looked down and the ball was battered and had the Broncos logo. I couldn’t believe it. Once I realized what it was, I lifted (Brinton) up in the air with the ball. He was a huge celebrity after that. Everyone wanted to take photos of the kid with the ball.”

Manning went on to throw his last-ever touchdown pass, the 579th of his career, in the second quarter of the game, as the Broncos beat the Patriots 20-18.

The father and son returned home to Phoenix with their amazing souvenir, and Brinton wowed his school friends by taking it in for Shown and Tell. But his father soon realized the possible value of the ball, and the difference it could make to his family.

Nelson decided to have the ball appraised by Heritage Auctions, and was amazed when experts valued it at more than $20,000 – a sum that would help pay for Brinton’s college education in the future.

“I had no intention to sell it initially,” said Nelson. “But then after he didn’t throw any in the Super Bowl, I realized that it was his second-to-last touchdown pass and I decided to see what it was worth. So I saw the appraisal and went ‘wow.’ So I went to Brinton and said I know we like that ball, but that appraisal is too big for us to pass up.”

The ball will now cross the auction block on May 12-14, as part of Heritage Auctions’ online Sports Collectibles catalogue sale. 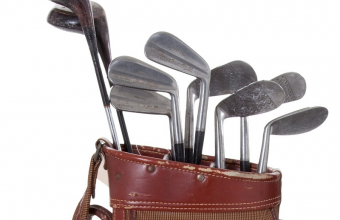 Arnold Palmer’s first set of golf clubs up for auction