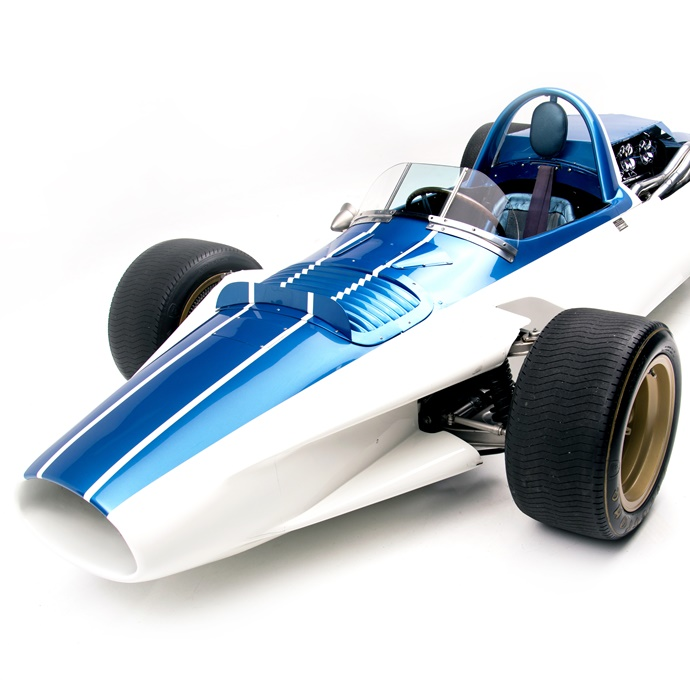 A unique and historic Chevrolet test car will be amongst the most remarkable lots in Arizona this month, as Barrett-Jackson hosts its 46th Annual Scottsdale Auction.
The Chevrolet Engineering Research Vehicle (CERV) 1 was developed by Zora Arkus-Duntov, the engineer known as the ‘Father of the Corvette’, between 1959 and 1960.

Designed by Larry Shinoda and Tony Lapine, the vehicle was a functional mid-engine, open-wheel, single-seat prototype racing car which served as Duntov’s personal test-bed for what became the iconic Chevrolet Corvette in the 1960s.

The vehicle has been described as "one of the most important pieces of American automotive history", and comes with a full archive of paperwork documenting its development.

The car is expected to exceed the price achieved in 2013 by the (CERV) II – a second experimental car developed by Duntov in 1963 – which sold at RM Auctions in New York for $1.1 million.

The auction will also include 140 cars from the renowned Charlie Thomas Collection, all offered with no reserve. The eclectic mix of pre-war classics, muscle cars, exotics and high-performance vehicles will be led by a Mopar Gold National Show winning 1970 Plymouth Superbird.

"Our Scottsdale Auction is the best event to get the full effect of what we call the ‘Barrett-Jackson Experience’," said Steve Davis, president of Barrett-Jackson.

"From the excitement of seeing first-time buyers bid on a vehicle, to the thunderous applause that comes from a million-dollar bid for charity, Scottsdale is the premier auction where you can truly indulge in the automotive lifestyle."

The Barrett-Jackson Scottsdale sale takes place at WestWorld of Scottsdale on January 14-22.