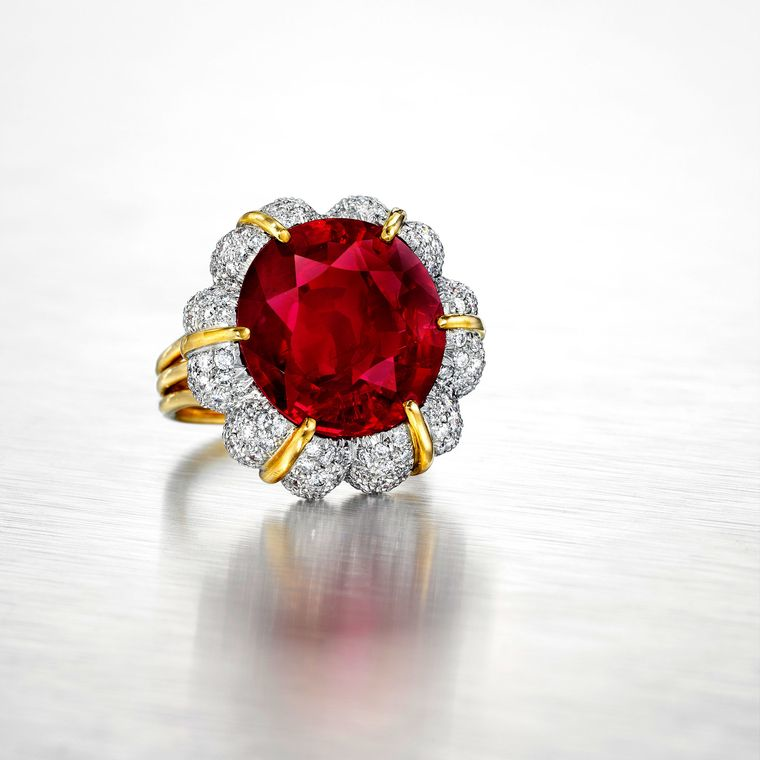 The Jubilee Ruby, one of the world’s most important Burmese rubies, will lead the Christie’s Magnificent Jewels auction in New York next month.
Weighing 15.99 carats, the Jubilee Ruby is a remarkable rarity in its exceptional size, colour and quality. Set within a circular-cut diamond and polished gold surround, and signed by the celebrated jewelry designer Verdura, the Jubilee Ruby will be offered with an estimate of $12-$15 million.

"Top quality Burmese rubies of over 15 carats are an absolute rarity in the world of colored gemstones and the record price of $18.3 million achieved for the 15.04 carat Crimson Red Ruby at Christie’s Hong Kong in December 2015 exemplified the voracious appetite of collectors for these gems," said Rahul Kadakia, International Head of Jewelry.

"Fittingly, the Jubilee Ruby comes up for sale in Christie’s 250th Anniversary allowing gem connoisseurs the opportunity to own the very best Burmese ruby offered for sale in the United States in over two and a half decades.“

The ruby is one of three lots with the potential to achieve an eight-figure sum. Also in that exclusive club are an extraordinary 10.07 carat Fancy Intense Purple-Pink diamond ring, valued at $8-$12 million, and a superb, unset round brilliant-cut diamond weighing approximately 40.43 carats, estimated at $7-$10 million.

The auction will feature more than250 lots, with pieces by makers such as Buccellati, Cartier, David Webb, Graff, Harry Winston and Van Cleef & Arpels offered from major private collections and estates across the U.S.