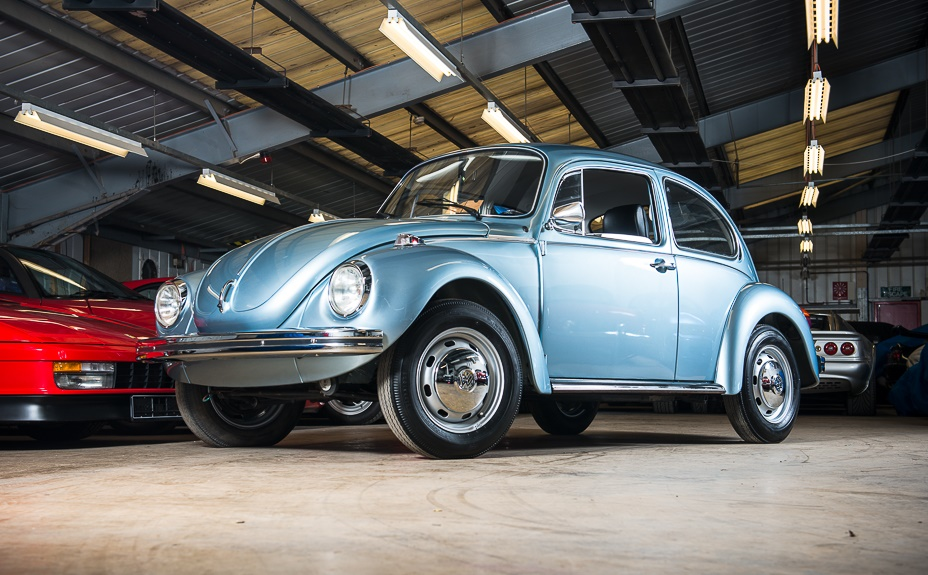 A remarkable VW Beetle with less than 100km on the clock has been discovered after spending almost four decades hidden in an Italian barn.
The ‘time warp’ Beetle will be offered for sale by Silverstone Auctions, as part of the company’s Classic Race Aarhus Auction in Denmark on May 28-29.

The car is believed to one of the lowest-mileage VW Beetles in existence, and remains in original condition complete with its first set of tyres, an untouched toolkit and even the original oil in its engine!

The Beetle’s sole owner was Armando Sgroi, who acquired it from G. Terragni Volkswagen in Genoa, Italy, on January 23, 1974.

By all accounts Sgroi was not a fan of cars, and had never owned another before the Beetle. He was eventually forced to buy one for a single purpose: to transport him to and from his local church every Sunday, as his age made the journey ever more difficult by foot.

Apart from the regular journey every Sunday, the car was never used, and the trips grew more infrequent until it was retired completely to a barn in 1978, having racked up a grant total of 90km on the clock.

Finished in blue with a black leather interior, the car has been lightly reconditioned and is virtually untouched since the day Armando Sgroi drove it to church for the final time.
As one of the world’s most original VW Beetles, the car is now expected to sell for €35,000-€40,000 ($39,650-$45,310).

"The VW Beetle is one of the most successful and loved cars worldwide, and we’re no strangers to them at Silverstone Auctions, but this one is a very special example and something we rarely see," said Nick Whale, managing director of Silverstone Auctions. "With such an incredibly low mileage it is in virtually new condition, 42 years after it was first bought."

The Silverstone Auctions sale takes place as part of the annual Classic Race Aarhus, one of Northern Europe’s biggest vintage racing events which takes place across three days on May 27-29.