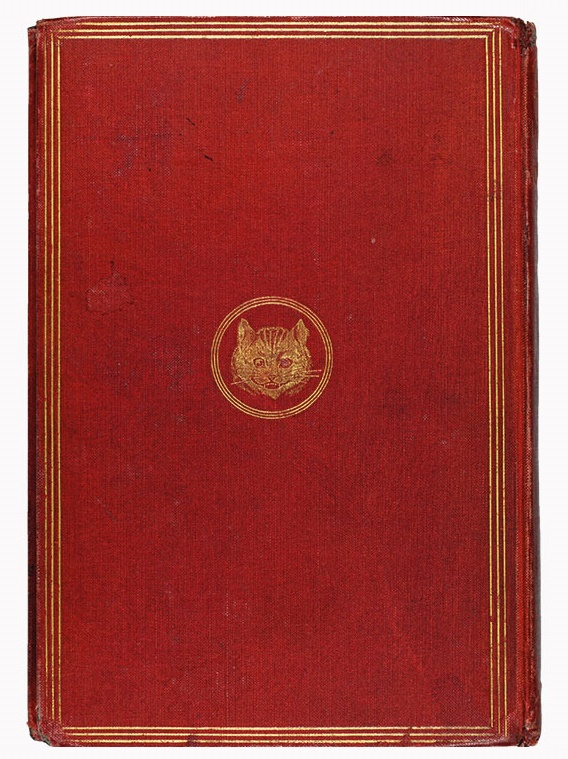 An incredibly rare first-edition copy of Alice’s Adventures in Wonderland could sell for sell for up to $3 million at Christie’s next month.

With just a handful of copies still in existence, the rare copy is expected to sell at a standalone sale in New York for $2-$3 million.

“Seeing an 1865 Alice is a very special thing,” said Francis Wahlgren, Christie’s International Director of Science & Books. “This book is extremely rare, and really epitomises why I do my job and why I’m here at Christie’s.”

When the children’s classic rolled off the presses in 1865, author Lewis Carroll sent 50 advance copies to his close friends and colleagues before the rest of the 2,000 copies hit bookstores.

However, when artist John Tenniel first saw the book he was appalled at the quality of the printing and how his illustrations had been reproduced. Carroll immediately contacted publishers Macmillan & Co. of London and withdrew the entire run, before asking his friends to return their advance copies.

Today, just 22 copies from that original run are known to have survived, with 16 owned by institutional libraries including the Bodleian Library, the New York Public Library and the National Library of Scotland.

Just six copies of the book remain in private hands, and four have been rebound over the years, leaving just two copies in their original red leather bindings. With the other copy described as being in “heavily worn” condition, the Christie’s sale will offer by far the finest-known copy in private hands.

It was originally gifted by Carroll to William Kitchin, a colleague of Carroll’s at Christ Church, who in turn gave the book to his daughter Alexandra Rhoda Kitchin, who was one of Carroll’s favourite photographic models.

Kitchin finally sold the copy at auction in 1925, where it was acquired for the Pforzheimer Library, and it later passed through the collections of Harriet Borland, film and television producer William Self, and finally its current owner Jon Lindseth, a respected bibliographer and published scholar of Lewis Carroll.

The record price for a copy of the book was set in 1998, when Lewis Carroll’s personal copy crossed the block at Christie’s in New York. Complete with the author’s own annotations, along with ten of John Tenniel’s original illustrations, the unique book sold for $1,542,500. 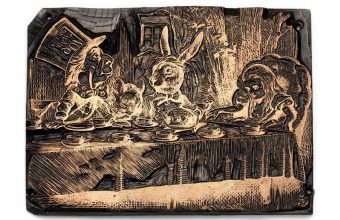 Original Alice in Wonderland printing blocks to auction at Christie’s