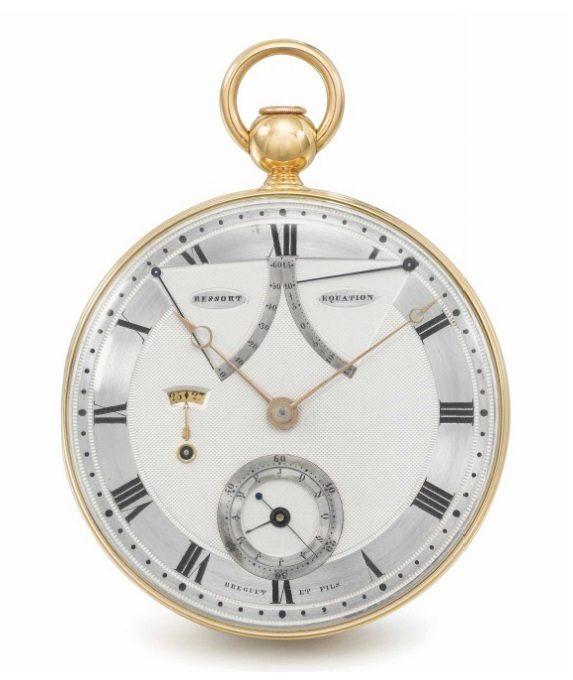 A 200-year-old pocket watch owned by a Napoleonic General has sold for more than $3 million at Christie’s.
The Breguet No. 217 ‘perpétuelle’ pocket watch was the star lot of the company’s Rare Watch sale in Geneva, which achieved a total of $18.85 million.

The 18K gold self-winding, quarter repeating lever watch with time, day and month calendar was originally acquired in Paris in 1800 by Jean Victor Marie Moreau, the distinguished French general who helped Napoleon Bonaparte to power, but then turned against him and was banished to the United States in 1805.

Following Moreau’s death in 1813, Abraham-Louis Breguet bought the watch back and made some improvements, before selling it again to Charles-Louis Havas, the celebrated French writer and founder of the news agency Agence France-Presse (AFP).

Regarded as amongst the rarest and most complicated Breguet watches ever made, No. 217 was comparable only to the legendary ‘Marie Antoinette’ complication watch, which took the company 45 years to complete, and which currently resides at the L.A. Mayer Institute for Islamic Art in Jerusalem with an estimated value of $30 million.

Having passed through important private European collections, including that of Portugese collector Antonio Medeiros, who acquired it at Sotheby’s in 1963 for a then-sensational price of £8,500, No.217 hit the block in Geneva this week for the first time in more than 50 years.