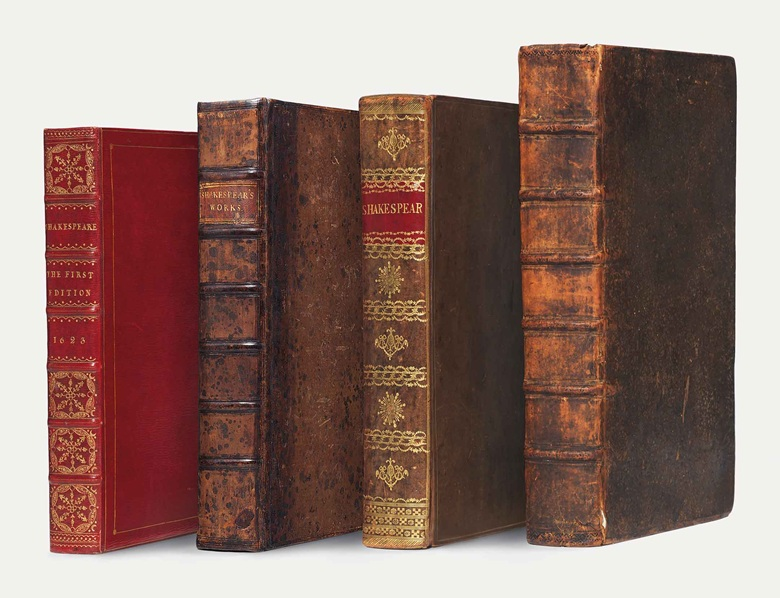 A previously unrecorded copy of Shakespeare’s First Folio will be offered for sale at Christie’s later this year, in a sale commemorating the 400th anniversary of the playwright’s death.
Described as "the most important literary publication in the English language", the First Folio was published in 1623 and contains 36 of Shakespeare’s plays including Hamlet, Macbeth, King Lear, A Midsummer Night’s Dream and Romeo and Juliet.

It’s believed that 750 copies were printed after Shakespeare’s death in 1616, in an effort to collect his plays together by his former colleagues John Heminges and Henry Condell.

Approximately 233 copies are known to have survived, with the vast majority owned by museums, libraries and public institutions. The folio set to be offered at Christie’s is not one of those previously documented copies, and was originally acquired in 1800 by Sir George Augustus Shuckburgh-Evelyn, the English politician, mathematician and astronomer.

“The universality and timelessness of Shakespeare’s insight into human nature continues to engage and enthrall audiences the world over," said Margaret Ford, International Head of Books & Manuscripts at Christie’s."Even four centuries after his death, his plays touch and transform lives and continue to be read and performed from Albania to Zambia.

"It is deeply moving to handle the first printed record of his collected plays and to be reminded of their tremendous impact. Especially exhilarating is bringing a newly recorded copy of the First Folio to public attention, and to be able to offer a set of the Four Folios in this important anniversary year.”

Together, these four volumes will be exhibited in New York, before heading to London for the special auction on May 25.