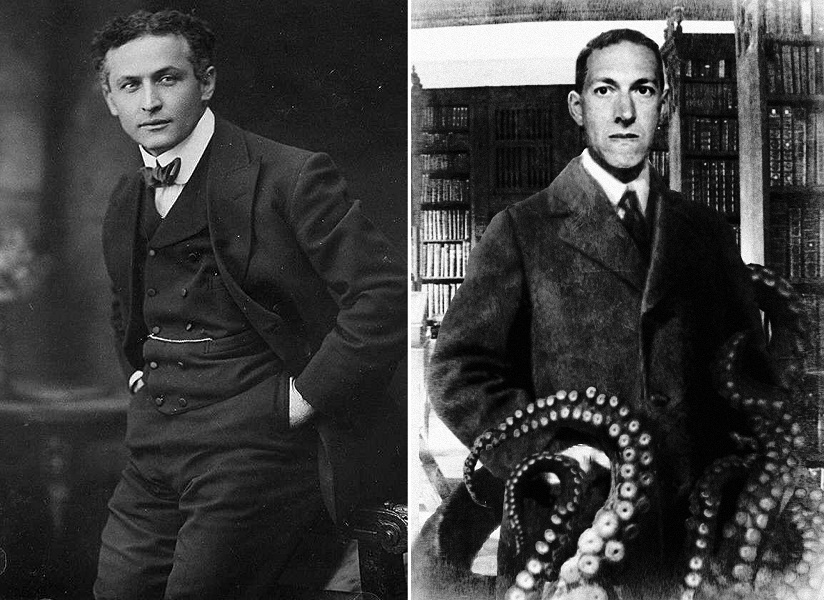 A previously unknown manuscript detailing the collaboration between Harry Houdini and H.P Lovecraft is heading to auction with Potter & Potter.
Written in 1926, The Cancer of Superstition was the pair’s attempt to explore the how ancient superstitions operated in the present day.

The 31-page document was recently discovered amongst the records of a now-defunct magic shop, and will now be offered amongst a sale of historic Houdini memorabilia in Chicago.

In 1924 Lovecraft, then a struggling writer, was commissioned by J. C. Henneberger, founder of Weird Tales magazine, to write a story featuring Harry Houdini to cash in on his popularity.

Lovecraft wrote ‘Imprisoned with the Pharaohs’, a fictionalized version of Houdini’s own story about an escape from beneath the Great Sphinx of Giza, which was written in the first-person and credited to the magician in the magazine.

Houdini loved the story, and the pair began a correspondence which resulted in a number of smaller projects. Lovecraft ghost-wrote an article for Houdini decrying astrology, and was then commissioned to work on ‘The Cancer of Superstition’ – a book which would have explored the primitive roots of belief in monsters, the worship of the dead, black magic and other sinister practices.

Scholars believed Lovecraft had only produced a brief synopsis and introduction to the work, before the project came to an abrupt halt with Houdini’s death in October 1926.

However, the discovery of this typed manuscript, complete with hand-written notations, proves the project was far further along than anyone had imagined. Together, the pair had seemingly formulated a general theory of the history of superstition as an “inborn inclination” traceable to “primitive races” “utterly ignorant of the laws of Nature” that now “persists only through mental indolence of those who reject modern science.”