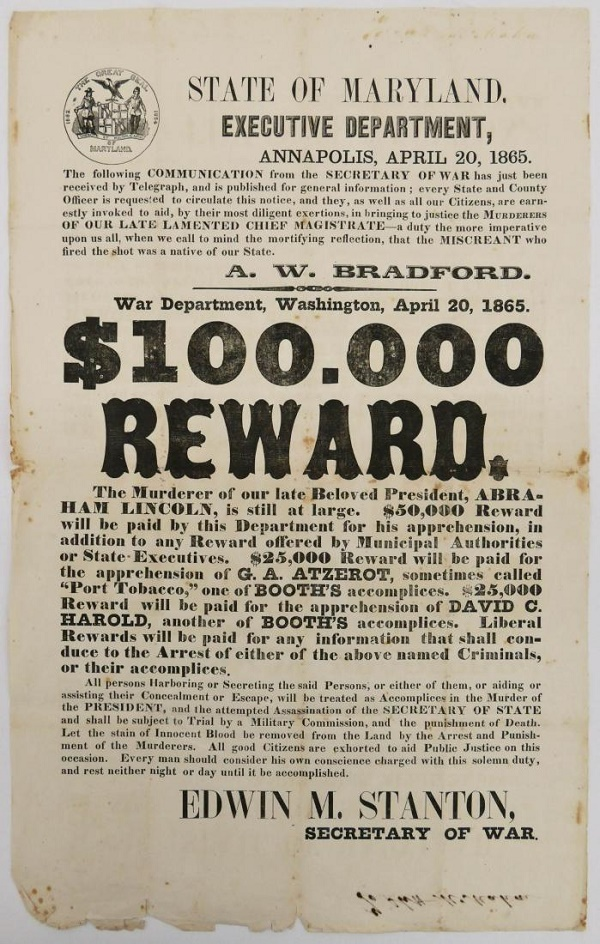 A wanted poster advertising a reward for the capture of Presidential assassin John Wilkes Booth will be offered for sale in Seattle this month.
The remarkably rare poster is believed to be one of just 50 copies which have survived intact for more than 150 years.

The posters were originally issued in every state across the U.S on April 20, 1865, following a telegraphic order from Secretary of War Edwin M. Stanton.

He ordered that a reward of $50,000 be offered for the capture of Booth, along with $25,000 each for his accomplices G.A. Atzerot and David C. Herold.

This particular poster was issued to local law officials by the State of Maryland’s Executive Department in Annapolis, and is believed to be the only existing example of its kind.

“We have full provenance linking it to the sheriff to whom it was originally given in 1865,” said Michael Mroczek, owner of MBA Seattle. “It comes directly from a family that has owned it for several successive generations by descent.”

The poster reads, in part:

“The Murderer of our late Beloved President, ABRAHAM LINCOLN, is still at large…

“…every State and County Officer is requested to circulate this notice, and they, as well as all our Citizens, are earnestly invoked to aid, by their most diligent exertions, in bringing to justice the MURDERERS OF OUR LATE LAMENTED CHIEF MAGISTRATE- a duty the more imperative upon us all, when we call to mind the mortifying reflection, that the MISCREANT who fired the shot was a native of our State.”

“Let the stain of Innocent Blood be removed from the Land by the Arrest and Punishment of the Murderers…Every man should consider his own conscious charged with the solemn duty, and rest neither night or day until it be accomplished.”

It is particularly significant as Booth was originally born and raised in Maryland, and fled back to the state on horseback along with Herold following his crime.

The pair headed for the forests surrounding the Zekiah Swamp in Southern Maryland, knowing a lack of telegraphs and railroads in the region would hinder their pursuers.

They were aided by Confederate sympathizers, and eventually crossed the Potomac River into Virginia, before being hunted down to a farm by the 16th New York Cavalry Regiment – whereupon Herold surrendered, and Booth was fatally shot.

The huge reward offered for their capture was eventually split between Lafayette Baker, Luther Baker and Everton Conger, the detectives who tracked them down, along with members of the Cavalry regiment. 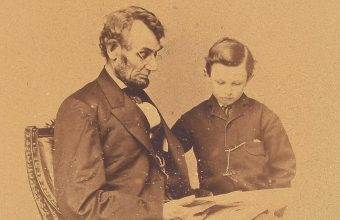