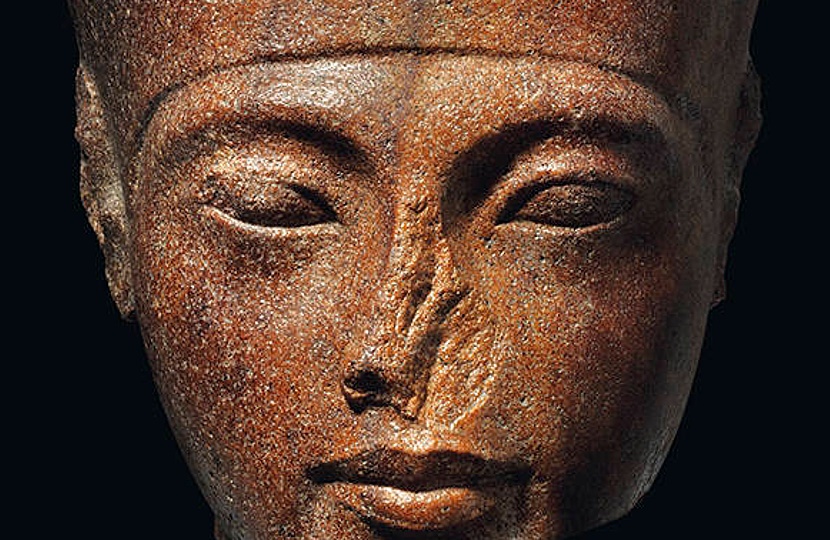 A stone head of the Ancient Egyptian King Tutankhamen could sell for over $4.5 million when it goes up for auction at Christie’s next month.

The rare sculpture, which dates back more than 3,000 years, will be offered for sale in London on July 4 for the first time in a generation.

Tutankhamen was just nine years old when he came to power in 1333 BC, and he ruled over Egypt for a decade until his untimely death in 1323 BC.

It was the discovery of his tomb by archaeologist Howard Carter in 1923 that made him history’s most famous Ancient Egyptian King, and captured imaginations around the world.

He was one of the last kings of the 18th Dynasty which ruled between 1550 and 1292 BC – a period regarded as the ‘Golden Age of Ancient Egypt, due in part to the quality and beauty of its art.

Tutankhamen’s most important act during his brief reign was to reinstate the god Amen to supremacy, reversing the decision his father had made to elevate the Sun god Aten.

As a prince he had been known as Tutankhaten, but upon ascending the throne swiftly changed his name to Tutankhamen, which translates as “Living image of Amen”.

It was traditional for Egyptian gods to be depicted with the features of the ruling Pharaohs, and numerous statues of Amen were created bearing the facial features of Tutankhamen.

The stone head offered at Christie’s is a piece of one of these statues, and bears the distinctive crown which is part of Amen’s religious iconography.

Tutankhamen’s distinguishing features include almond-shaped eyes and a full, slightly protruding lower lip which is evident in most two and three-dimensional depictions of him.

The sculpture of the young king is in the ‘Amarna’ style: a short period, lasting around 20 years, during which court artists portrayed their subjects in a much more naturalistic manner.

For collectors, these Armana sculpture are amongst the most desirable of all Ancient Egyptian artworks, and those depicting Tutankhamen are even more highly prized.

This particular example is well-documented, having been exhibited in Germany and Spain, and studied by Egyptian scholars for over 30 years.

It will now appear on the open market for the first time since 1985, and looks set to attract bids from some of the world’s leading private collectors.