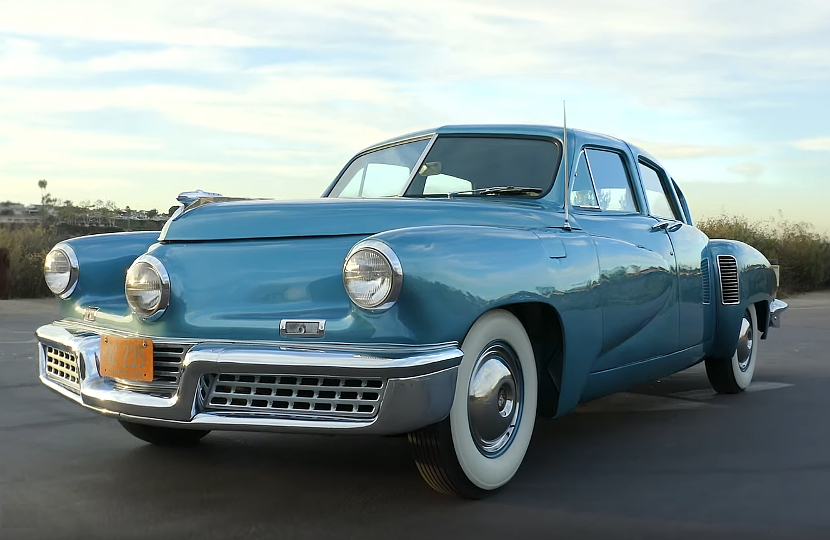 The Tucker 48 is one of the most famous and storied cars in American automotive history (Image: Gooding & Company)

One of America’s most iconic cars, a Tucker 48, will be offered for sale at Gooding & Company this month during their annual auction in Scottsdale, Arizona.

Having never undergone a major restoration, chassis 1034 is one of the most original examples in existence, and comes with just 6,200 miles on the clock since it was built more than 70 years ago.

“Preston Tucker’s foray into the automotive industry represents the most courageous attempt to disrupt the status quo of the Big Three, and this Tucker 48 is one of the finest examples that remain in existence,” said David Gooding, President and Founder of Gooding & Company.

“The company’s contemporary construction and advanced features are widely acknowledged as an important part of automobile history.”

The story of how Preston Tucker took on the American automobile industry has gone down in U.S automobile folklore.

The Michigan-born engineer and businessman had a lifelong passion for building cars, and in the late 1940s sought to create what he termed ‘The Car of the Future’ – the Tucker Torpedo.

Whilst most U.S manufacturers had returned to their old pre-WWII designs when production restarted in 1946, Tucker was determined to give the public something new.

His design for the Torpedo featured sleek, Art Deco styling like nothing else on the market, and included innovations and safety features such as a third, centered headlight, pivoting fenders, disc brakes, a rear engine, a padded dashboard and a pop-out windscreen.

However, the car never went into full production. Tucker faced opposition from major rival car manufacturers, which allegedly used their influence to deny him raw materials such as steel, and made damaging public accusations about the quality of his cars,

Tucker also attempted to raise funds for the vehicle in a variety of slightly questionable ways, and was soon under investigation by the Securities and Exchange commission.

Although he was eventually found not guilty of all charges, the damage was done and his company was forced into bankruptcy.

It would no doubt please him to know that the majority are owned by wealthy private collectors, or are on permanent display in automotive museums across the U.S. including the Henry Ford, the Petersen Automotive Museum and the National Automobile Museum.

Several of the surviving cars were assembled from existing parts after production had ceased, but chassis 1034, is one of the earlier factory-built examples.

The car also retains all of its original upholstery, and is one of only 12 examples finished in Waltz Blue Metallic – originally based on the color of Mrs. Tucker’s favorite dress.