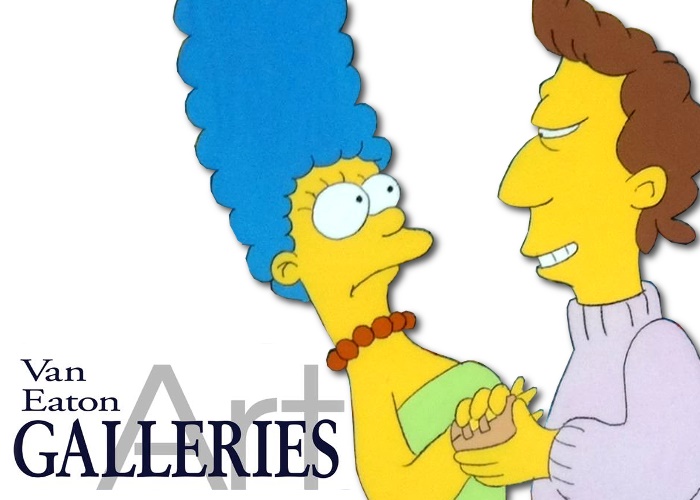 Every week we choose our ten favourite lots from an upcoming auction. This week we’re focusing on the Van Eaton Galleries’ ‘Art of Entertainment’ sale, which takes place in California on May 4.

The Empire Strikes Back Chewbacca socks

A pair of vintage Star Wars socks featuring Chewbacca, created to promote the release of ‘The Empire Strikes Back’ in 1980.

The set features six unseen poster designs, all using different depictions of the shark and a variety of fonts, along with the final version, which has since become one of the most famous posters in cinema history.

A striking vintage metal panel bearing the Paramount Studios logo, originally attached to an official studio vehicle during the 1940s.

According to Wallen, Burt Reynolds occasionally commissioned promotional artwork depicting him in movie roles he was interested in.

It’s not known whether Reynolds was lobbying for the part of James Bond, or a similar parody role, but he certainly looked the part.

A highly rare original animation cel and background used in the first ever episode of The Simpsons, featuring Homer as a department store Santa Clause.

The special Christmas episode Simpsons Roasting on an Open Fire was actually the eighth episode of the show’s first season, but it was the first to be shown on TV when it made its debut on December 17, 1989.

Thirty years later, The Simpsons is the longest-running American sitcom in history, with 30 seasons and more than 650 episodes along with dozens of awards; and in 1999 Time Magazine voted it as the greatest television show of the 20th century.

The hand-coloured production drawing depicts the candy room, as it appears in the film’s famous ‘Pure Imagination’ musical sequence.

Signed Dr. Seuss The Cat in the Hat original drawing

A rare and original signed drawing of the iconic children’s character The Cat in the Hat by Theodor Seuss Geisel, otherwise known as the beloved children’s author Dr. Seuss.

An original Disneyland poster for the PeopleMover attraction by the celebrated Disney artist Ken Chapman.

The PeopleMover ride opened in July 1967 when Tomorrowland re-opened as New Tomorrowland, and was an instant hit with visitors, transporting an estimated 100 million people around the park in style until it finally closed in 1995.

The original wooden model of the Nautilus submarine, used by Walt Disney himself during promotion of the 1954 Disney film 20,000 Leagues Under the Sea.

The unique, handcrafted model appeared on-screen in two episodes of the Disneyland TV show, including the 1954 episode Operation Undersea, in which Disney introduced audiences to the movie before its theatrical release.

A large and rare original painting by Charles Addams, creator of The Addams Family cartoons, used for the promotional poster of the 1976 comedy film ‘Murder By Death’.

The film was a murder mystery spoof featuring the world’s most famous detectives, and featured an impressive cast including Eileen Brennan, Truman Capote, Peter Falk, Alec Guinness, Elsa Lanchester, David Niven, Peter Sellers and Maggie Smith – all of whom are depicted in Addams’ painting. 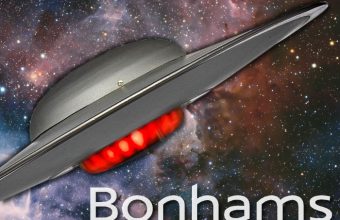 10 Lots We’d Love To Own: Bonhams’ Wonders of the Galaxy Sale