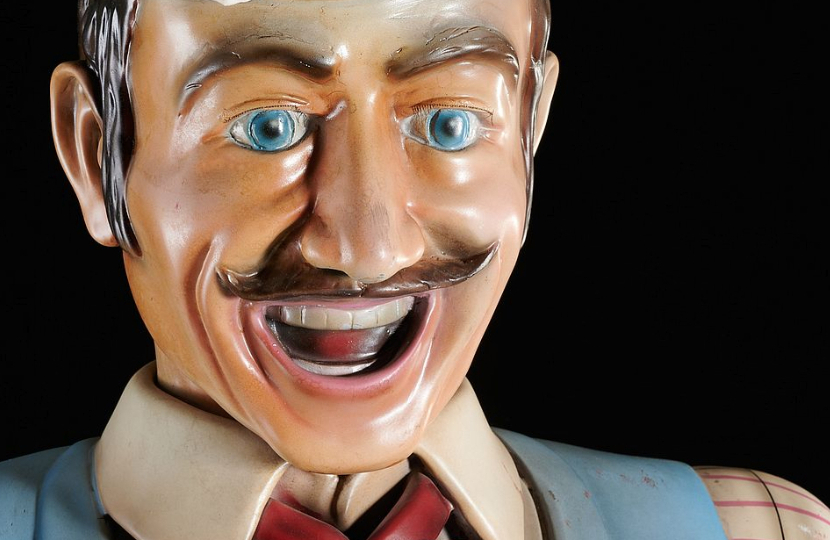 The Millea Bros. Ltd. Fringe! auction on March 26 features a selection of rare, weird and macabre objects, from outsider art to pop culture relics and beyond. Here are 10 lots we’d love to own…

A vintage “What Me Worry” plastic doll model of Alfred E. Neuman, the MAD Magazine mascot, made circa 1961.

A three-wheeled goat figure with wheels and stirrups, used during Masonic Lodge initiations circa 1900.

A satirical public notice sign produced in Chicago circa 1966, alerting people to the dangers of marijuana.

An original floor tile manufactured for use in the Titanic’s First Class smoking room.

When the smoking room floor had been completed, leftover tiles were then used to decorate executive offices at the Harland & Wolff Shipyards, where the Titanic was built.

These tiles were later removed and sold during renovation work in the 1970s.

A collection of four futuristic store mannequins from the 1970s, possibly French or Italian, in the style of Rudi Gernreich and Pierre Cardin.

A large vintage Western-themed carnival barker figure, circa 20th c., made from plastic with a genuine Stetson hat.

A collage by American artist Ali Diaz entitled ‘Tolerance’, made in 2019 to commemorate the anniversary of the “Stonewall” riots in New York.

Diaz was a close friend of Jean Michel Basquiat, and together they worked under the ‘SAMO’ graffiti tag in NYC during the 1970s.