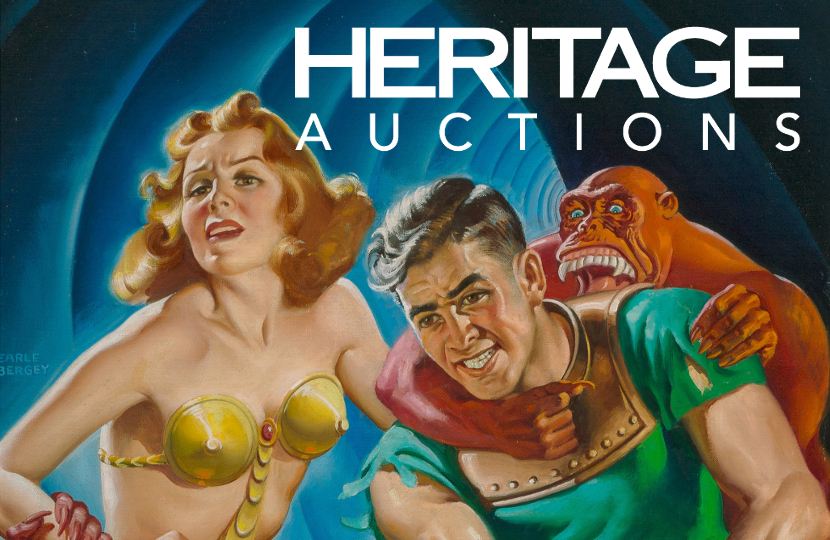 This week’s featured auction is the forthcoming Heritage Auctions sale of the Glynn and Suzanne Crain Science Fiction Collection, which takes place in Dallas on August 13-14.

The War of the Worlds illustration by Cosmo Rowe

The War of the Worlds by H.G Wells, Pearson’s Magazine interior illustration, 1897

Ink wash and gouache on board, signed upper right


At the Earth’s Core cover by James Allen St. John

Oil on board, signed lower right

Another Dimension cover by Leo Morey

Mixed media on board, signed and dated lower left

Crusades Across the Void cover by Malcolm Smith

Mixed media on board, unsigned

Reader I Hate You cover by Virgil Finlay

Reader, I Hate You, Super Science Stories cover, May 1943

Acrylic on board, signed lower left

Hands From The Void cover by Lawrence Sterne Stevens

Oil on board, unsigned

The World Jones Made cover attributed to Robert Emil Schulz

The World Jones Made by Philip K. Dick, paperback cover, 1956

Oil on board, unsigned

Acrylic on board, signed and dated lower center