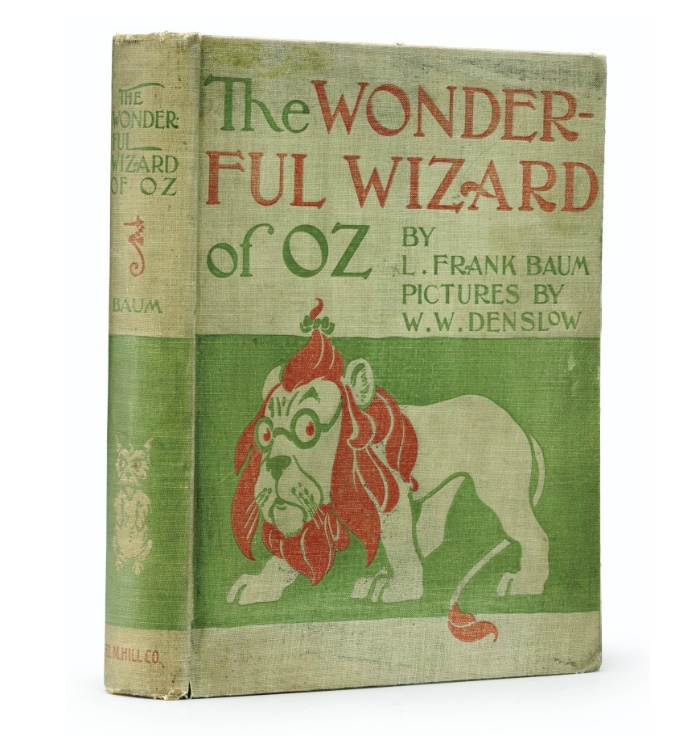 A first edition copy of The Wizard of Oz owned by the Cowardly Lion himself is heading for sale at Christie’s.

The book belonged to American stage-and-screen actor Bert Lahr, who memorably played the part in the 1939 MGM movie adaptation.

First edition copies of the book are rare in their own right, but this particular is believed to be the only known example once owned by a star of the film.

Bert Lahr began his career at as a vaudeville comic, performing song-and-dance routines on the burlesque circuit before graduating to Broadway musicals in the 1930s.

Having starred in a series of two-reel comedies, he then won the defining role of his career as the Cowardly Lion.

Lahr’s performance drew from his vaudeville background, often ad-libbing lines which had the rest of the cast in stitches, and he was the only character to sing two solo numbers in the film: ‘If I Only Had the Nerve’, and ‘If I Were King of the Forest’.

When later asked if he was worried about being typecast in Hollywood, Lahr replied “Yeah, but how many parts are there for lions?”

Memorabilia relating to Lahr’s role is regarded as highly sought-after by collectors to this day.

Lahr was known to be an infrequent signer of autographs, and rare signed photos of him in his Cowardly Lion costume have been known to sell for thousands of dollars.

And in 2014 his original costume from the film, made from genuine lion fur, sold at auction in California for $3 million – making it one of the most valuable movie costumes of all time.