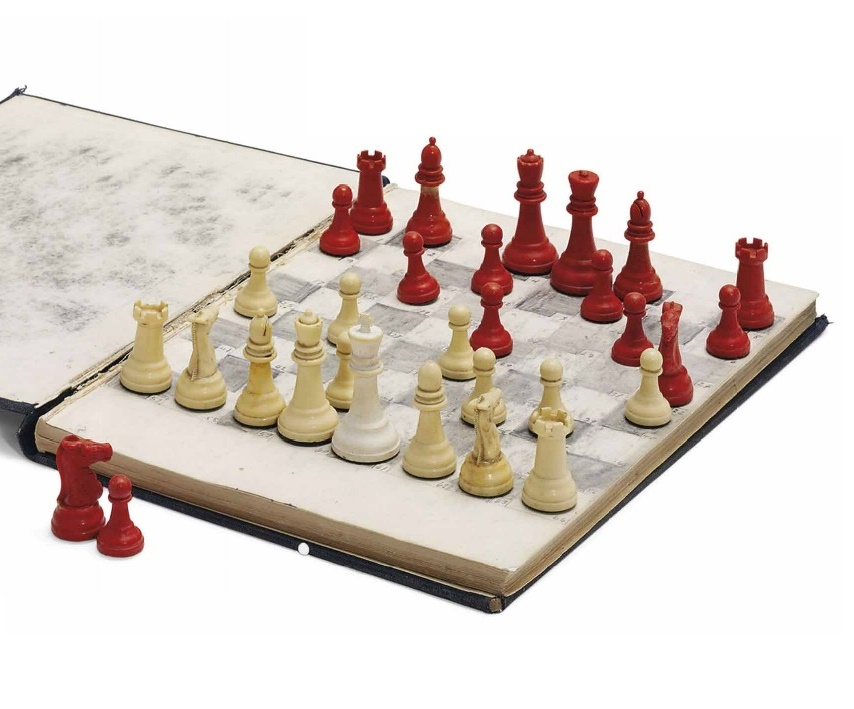 A bird atlas turned into a chess board by Robert Stroud, the Birdman of Alcatraz, is up for auction at Christie’s.

The book, which dates back to the 1940s, was owned by Stroud whilst serving life for murder in the notorious island prison of Alcatraz.

Robert Franklin Stroud first entered the prison system in 1909, having worked as a pimp in Alaska and then shot and killed a bartender who had attacked one of his prostitutes.

Whilst serving a 12-year sentence he developed a reputation as a highly dangerous inmate, and in 1916 murdered a prison guard, earning him a death sentence which was later reduced to life without parole.

Despite his famous nickname, Stroud never actually kept any birds whilst incarcerated at Alcatraz, and earned the moniker during his earlier 22-year stay in solitary confinement at Leavenworth Penitentiary in Kansas.

After discovering a nest with three injured sparrows in the prison yard in 1920, Stroud nursed them back to health and began a life-long obsession with birds.

He soon accumulated a collection of 300 canaries, which a progressive warden allowed him to keep, and he became a respected authority on the subject – writing the book Diseases of Canaries in 1933, and discovering a cure for septicaemia amongst the birds.

However, in 1942 Levenworth officials discovered Stroud had used some of his research equipment to secretly distil his own alcohol, and he was transferred to Alcatraz – where keeping birds and his ornithological research were strictly prohibited.

He spent a further 21 years behind bars, during which time he wrote a history of the penal system and learned French, before passing away in 1963 the Medical Center for Federal Prisoners in Springfield, Missouri, at the age of 73.

Despite being kept in solitary confinement for 42 years, during his later years the fiercely intelligent Stroud was occasional permitted to play chess against one of the guards, and this home-made board illustrates his passion for the game.

Stroud hand-drew the checker board pattern on the end pages of his copy of ‘Atlas of Avian Anatomy’ by Frank Wilbert Chamberlain, and used it with a set of red and cream plastic pieces.