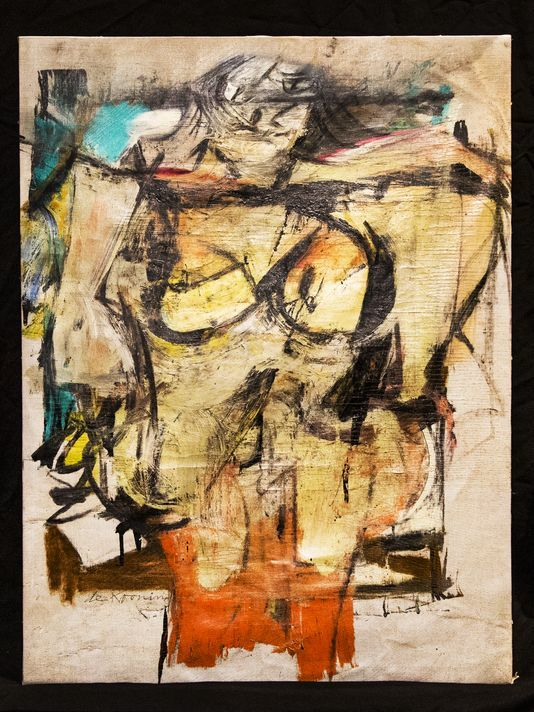 A painting worth $160 million has been discovered hanging in an antique store window, more than 30 years after it was originally stolen.
Willem de Kooning’s abstract work ‘Woman-Ochre’ had been missing since it was snatched in a daring robbery from the University of Arizona Museum of Art in Tucson back in 1985.

A mysterious woman had entered the museum and distracted the guard in conversation, whilst her male accomplice quickly cut the picture from its frame, rolled it up and smuggled it out beneath his jacket.

The thieves were never caught, and the painting was assumed lost forever – until earlier this month, when an antique store owner in New Mexico made a remarkable discovery.

David Van Auker had acquired the contents of a ranch home near Silver City in an estate sale, which included vintage furniture and African tribal art.

Also amongst the estate was an abstract canvas, which Van Auker hung in the window of his antique store because he simply thought it was a "cool painting".

According to the original AZCentral story, he was soon approached by visitors who asked him if it was a genuine de Kooning artwork.

Van Auker quickly did some online research, and found a report about the stolen painting – which looked suspiciously like the one hanging in his store.

He also noticed that the canvas edges had marks which matched where it had been cut from the frame during the heist.

Convinced he was in possession of the original, he contacted the FBI and the museum, who were overjoyed with the news that their lost painting could be on its way home.

Having closely examined the painting, conservators at the museum are now certain it’s the stolen original – and the FBI are following new leads which could finally track down the thieves, who vanished without a trace.

At the time of the heist, the painting had been valued at $400,000. But three decades on, the soaring art market now places its value at closer to an incredible $160 million.

Another de Kooning painting from the same series, ‘Woman III’, sold previously in 2006 for $137.5 million; and another of his paintings from the same period, entitled ‘Interchange’, sold privately in 2015 for a reported $300 Million, making it the world’s most valuable artwork.