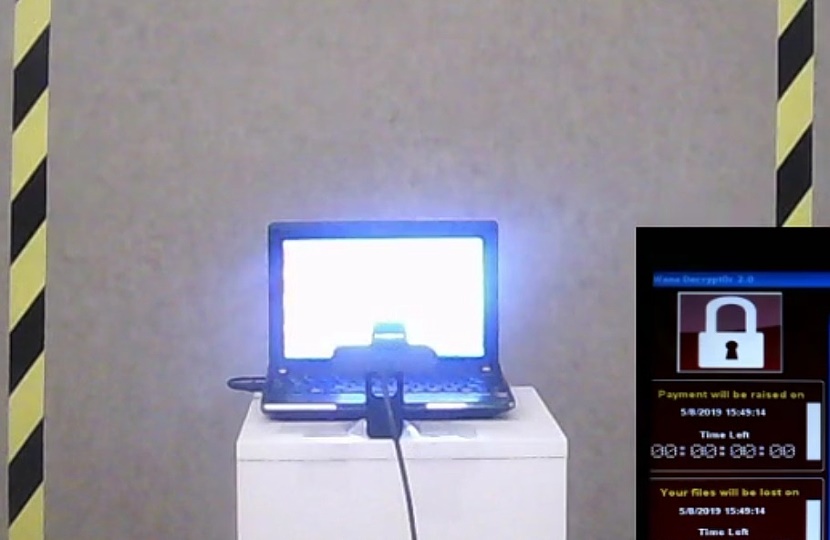 A laptop computer dubbed “the most dangerous in the world” has sold at auction in the U.S for $1.3 million.

The computer was infected with six of the most menacing computer viruses ever designed, which together had caused an estimated $95 billion in financial damage around the globe.

However, far from being sold as a security threat on the black market, the Samsung NC10 laptop was offered instead as a piece of art entitled ‘The Persistence of Chaos’.

The laptop was a collaboration between the Chinese artist Guo O Dong and cybersecurity firm Deep Instinct, which commissioned the piece to raise awareness of online security by giving the abstract viruses and malware a physical form.

All six of the viruses had caused digital chaos over the past few years, infecting millions of computers through spam emails and organized attacks.

The most financially destructive piece of software on the laptop was the MyDoom worm. Believed to have been designed for Russian email spammers, the worm is thought to have caused up to $38 billion in damages.

Another particularly nasty virus was WannaCry, a piece of ransomware that attacked over 200,000 computers in 150 countries, and caused the NHS in Britain $100 million.

Perhaps the scariest piece of malware on the laptop was the BlackEnergy virus; instead of merely causing financial damage, it instead caused a large-scale power blackout across Ukraine in December 2015.

Thankfully, the computer had been securely designed to ensure the viruses are contained by an ‘airgap’, meaning they’re completely harmless – as long as you don’t connect it to the internet.

It may not be much use as a piece of hardware anymore, but as a piece of art the Persistence of Chaos laptop is a thought-provoking reminder about the sinister side of the internet age.