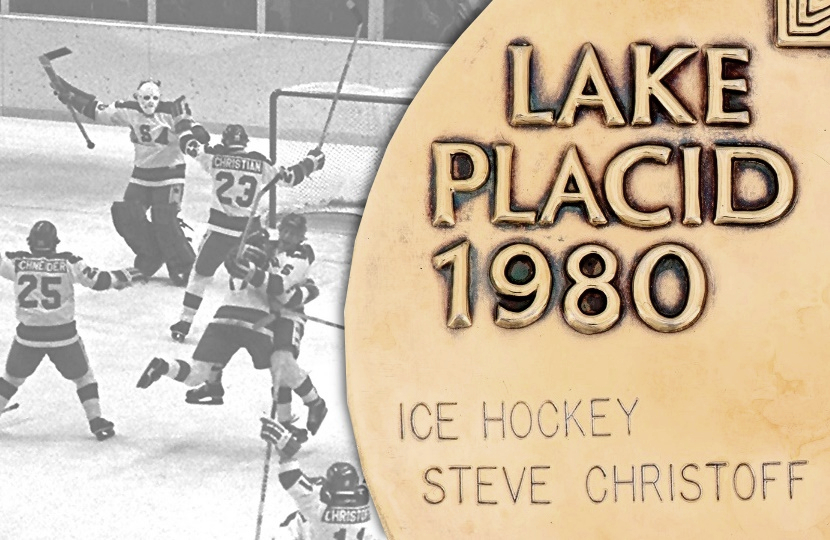 The 1980 Olympic Gold hockey medal won by ‘Miracle on Ice’ team member Steve Christoff is up for auction, with an estimated price of more than $100,000.

“Any game used piece from the 1980 US Olympic Hockey Team contains incalculable historical significance, but the jersey worn by the player who scored the tying goal that paved the way for the most dramatic moment in American sports is quite simply extraordinary,” said Goldin Auctions.

The ‘Miracle on Ice’ is widely regarded as the greatest moment in U.S sports history, and one of the most remarkable underdog victories of all-time.

At the 1980 Winter Olympics in Lake Placid, a rag-tag team of inexperienced USA ice hockey players took on the might of the Soviet Union team at the height of the Cold War, and won against all the odds.

The Soviet team included many of the world’s finest hockey players, and had not lost an Olympic game in 22 years, winning four consecutive Gold medals since 1964.

In contrast, the U.S team was made up of amateur or college players with an average age of just 21, making them the youngest team in the tournament.

The incredible 4-3 victory sent shockwaves around the world, and has been voted as the greatest ice hockey game ever played – but the story didn’t end there.

Although the team had pulled off one of the biggest upsets in Olympic history, they hadn’t won anything yet, and still had to face Finland in the Gold medal game two days later.

Due to the round-robin nature of the tournament, a loss would have handed the Gold back to the Soviet Union. And in terms of experience and talent on the ice, the Finns were almost as formidable.

Finland’s superiority was instantly apparent, as they quickly took the lead and went into half-time winning 2-1.

In response, head coach Herb Brooks gave one of the most brutally succinct team-talks imaginable, simply telling his players “If you lose this game, you’ll take it to your f***ing graves.”

It worked, and the team fought back to win 4-2, inspired by the performance and equalizing goal of center Steve Christoff.

“Steve Christoff was one of the leaders of our team,” said Team USA’s goaltender Jim Craig. “And Steve liked the big games. In fact, I believe the Gold Medal game verse Finland was his best game of the tournament when he scored the game tying goal and assisted on the final goal.”

Following his Olympic heroics, Christoff went on to play almost 250 professional NHL games for the Minnesota North Stars, Calgary Flames and Los Angeles Kings, before hanging up his skates in 1984 to become an airline pilot.

In recent years several of the Miracle on Ice team’s medals, jerseys and memorabilia have appeared at auction, often achieving stunning prices.

Notable sales include the gold medals awarded to Mark Wells and Mark Pavelich, which sold for $310,000 and $263,000 respectively; and Mike Eruzione’s jersey from the ‘Miracle’ game which sold for $657,250. 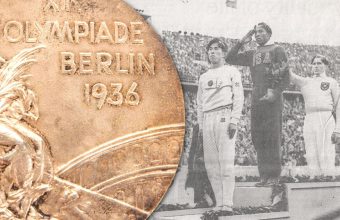