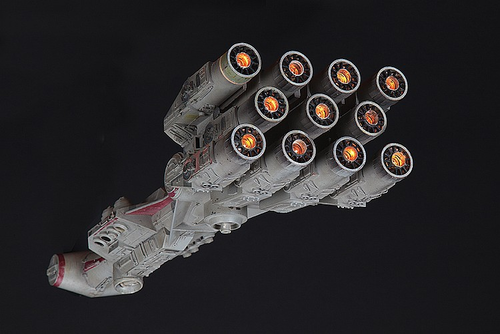 The filming miniature crossed the block during the latest Profiles in History Hollywood sale, and achieved a price of $465,000 (including buyer’s premium) – making it the most valuable Star Wars movie prop ever sold.

The model appears in the film’s iconic opening sequence, which perfectly illustrates the struggle of the Rebels against the mighty Empire in a single shot.

The the smaller Rebel space craft, carrying Princess Leia, C3-P0 and R2-D2, is the first thing audiences see, chased by the enormous Imperial Star Destroyer which looms into view behind it.

The unique 16-inch miniature was the only version of the ship built for production, and was filmed on the Dykstraflex track – the world’s first digital motion control camera system designed specifically for Star Wars.

The model then spent decades in the private collection of Grant McCune, Chief Model Maker on the Miniature and Optical Effects Unit on Star Wars, who won an Academy Award for Best Visual Effects for his work.

The previous auction record for a screen-used Star Wars prop had been $350,000, set by a TIE Fighter model from the original 1977 film which sold at Profiles in History in 2008.

The Profiles in History sale in California also saw the sale of other notable Star Wars memorabilia.

A large collection of original pieces from Carrie Fisher’s famous Return of the Jedi ‘slave girl’ costume, complete with re-created fabric elements to make a full costume, sold for $99,200.

It was followed by a large section of the under-construction Death Star from Return of the Jedi, featuring two instantly-recognizable gun towers, sold from the collection of a former ILM employee for $40,300. 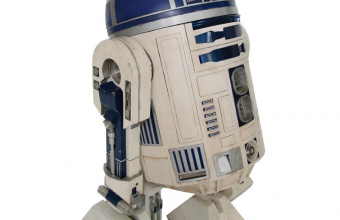