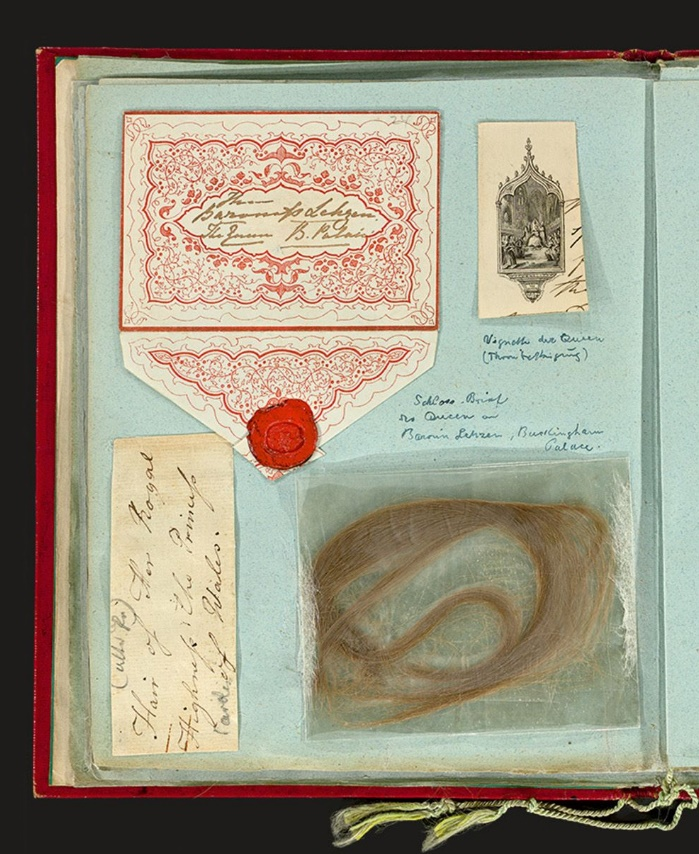 An intimate scrapbook of memorabilia from Queen Victoria’s childhood will be offered for sale in Germany next week.
The scrapbook was assembled by Baroness Louise Lehzen, who served as Victoria’s governess, and includes mementoes such as letters, drawings and locks of the future Queen’s hair.

Louise Lehzen travelled from Hanover to London in 1819 to work at Kensington Palace as the governess of Princess Feodora of Leiningen, Victoria’s maternal half-sister.

In 1824 she also became the governess of Princess Victoria, who was just five years old at the time, and the pair developed a close relationship.

Victoria was known to call her governess "mother" in private, and in a teenage diary she referred to Lehzen as "the most affectionate, devoted, attached, and disinterested friend I have, and I love her most dearly."

This friendship extended into adulthood, as Victoria ascended the British throne in 1837 at the age of 18.

Although she held no official position in the Royal Court, Lehzen remained one of the Queen’s closest confidantes and advisors – a situation which later infuriated Victoria’s husband, Prince Albert.

The Prince eventually removed her from the court, but she and the Queen remained in close contact and corresponded through a series of letters until her death in 1870.

Throughout the years Lehzen collected personal items from Victoria’s life, including family photographs, childhood paintings, and even pieces of fabric from Victoria’s wedding dress.

She placed them in this red leather-bound scrapbook, engraved with the Queen’s gold VR insignia, which later passed down through her family for generations.

The scrapbook was first offered at auction back in 2001, when two competing bidders battled to acquire it for the numerous hair samples contained within.

According to reports, both bidders claimed to be related to Victoria and wanted to test DNA in the hair against their own blood samples.

This time, however, the scrapbook is being sold on the condition that it remain intact, to prevent any prospective buyers from potentially exploiting the Queen’s genetic material.