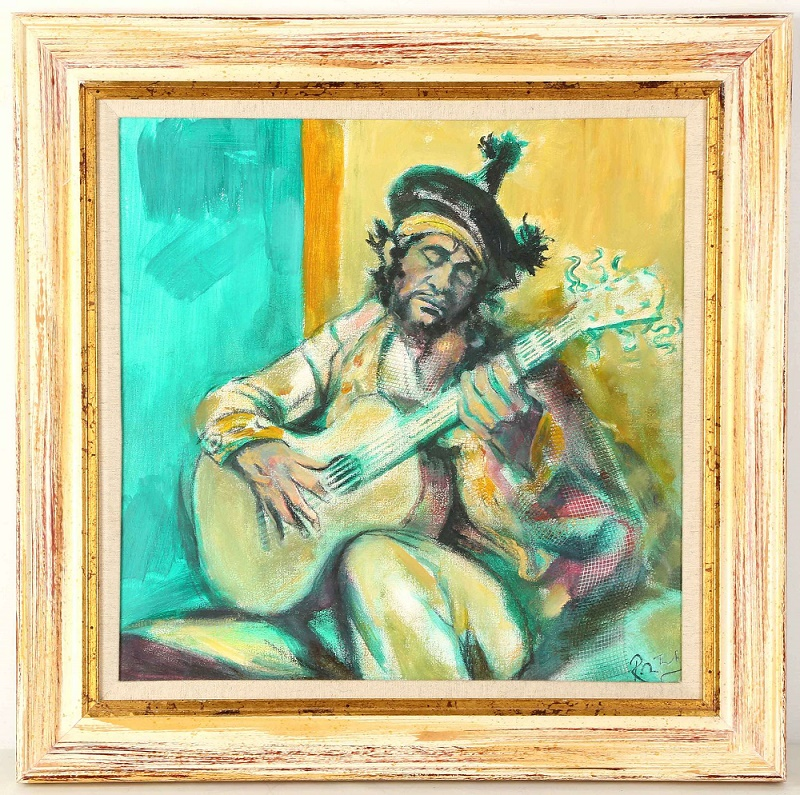 A pair of artworks by Rolling Stones guitarist Ronnie Wood will be amongst the highlights of an upcoming Chiswick Auctions sale.
The two works will be offered next month, in an auction of 20th Century and Contemporary Art and Design.

In addition to his music career, Ronnie Wood has long been renowned as an artist in his own right, exhibiting his work around the world and holding retrospectives at both the Modern Art Museum in Sao Paulo and the Rock and Roll Hall of Fame. Fans will have the chance to bid on his 2006 canvas Spanish Minstrel, and the mixed-media work Head and Shoulders, each valued at £3,000-£5,000.

Topping the auction is a work by British artist Sacha Jafri, whose artworks have been bought by the likes of President Obama, Bill Clinton, Bob Geldof and Leonardo DiCaprio. His 2006 work Strolling Along the Banks of the Seine, numbered Artist Proof 2/6, comes with an estimate of £6,000-£8,000.