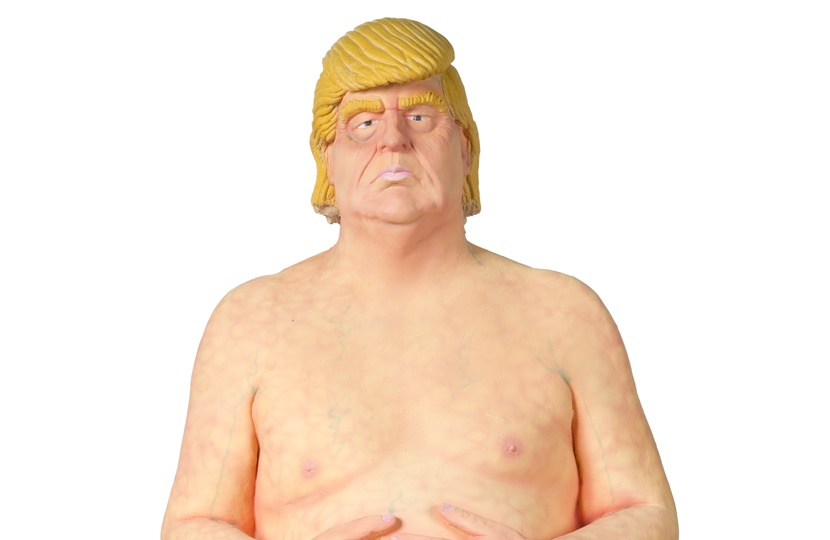 The last survivor of the “Naked Trump” statues placed in a series of American cities in August 2016 is to sell this year.
It will be the headline lot of a sale of street art at Julien’s Auctions in Jersey City on May 2, with an estimate of $20,000-30,000

The stunt was carried out by anarchist group INDECLINE four months before Trump was elected 45th President of the United States. Statues appeared at exactly 11AM central in Cleveland, LA, San Francisco, New York and Seattle.

It received global coverage, and most of the statues were vandalised and taken down within a couple of hours.

The example in New York’s Union Square was removed by the parks department, who made the immortal pronouncement that the city "stands firmly against any unpermitted erection in city parks, no matter how small".

Titled The Emperor Has No Balls, the highly controversial statue was created by Joshua "Ginger" Monroe – an LA based artist who specialises in making models for haunted houses.

Two more were commissioned from Monroe by a New Jersey arts collective, who then placed them on the roof of a warehouse on Newark Avenue in September 2016.

While the piece is an important piece of street art history, you’d imagine the Venn diagram of people who appreciate the sentiment and people who might like to display it in their home would be vanishingly small.

That said, this piece has sold before. It made $22,000 at Julien’s in an October 2016 sale, with some of the proceeds going to the National Immigration Forum.