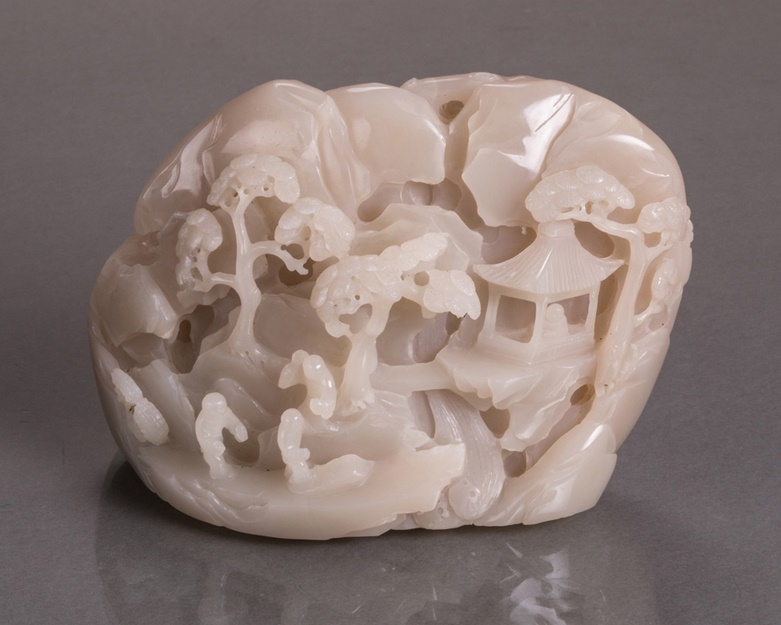 Collectors will also have the chance to snap up a selection of 17th century glass and porcelain snuff bottles, and several delicately carved agate decorative objects and figurines.

Further sculptural treasures will include an Indian Buff Sandstone Figure of Vishnu dating from the 10th century, estimated at $10,000-$15,000, and a marble statue by the Scottish sculptor William Calder Marshall, entitled ‘Country Girl’, valued at $10,000-$12,000.

Highlights from the extensive jewelry section range from a Pre-Columbian gold frog pendant made in Costa Rica, valued at $3,000-$5,000, to a modern gold and multi-stone butterfly pendant estimated at $1,000-$2,000.

Elsewhere the auction includes everything from a vintage United Press Teletype machine to a late 17th century set of the works of John Milton.