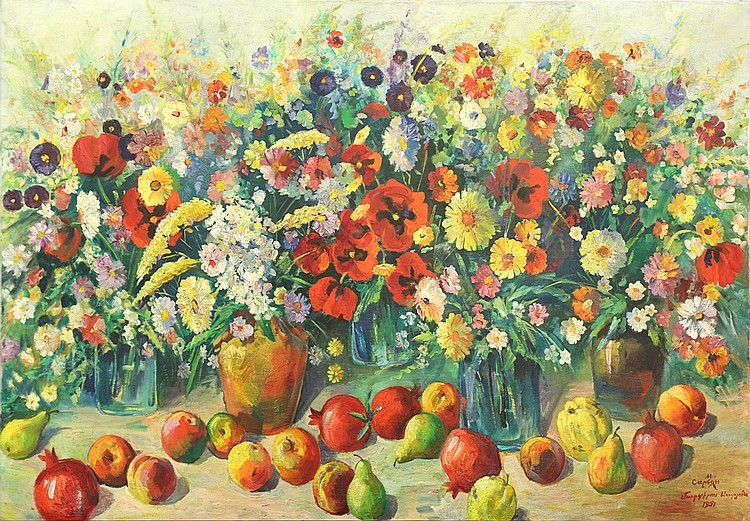 It comes with a certificate of authenticity from the Cultural Ministry of Armenia.

Saryan (1880-1972) is among the leading figures in eastern European art, and is known for the vibrant colour of his works.

"Color is a genuine miracle. In combination with sunlight, it expresses the spirit of object’s shape and the essence of universal existence," he once said.

Keeping with the Armenian theme are two oil on canvas pieces by Minas Avetisyan (1928-1975).

Rumours abound regarding Avetisyan’s death. He was killed by a car that mounted the pavement, with suggestions he was murdered by the KGB for appearing in a censored documentary The Color of Armenian Land.

Elsewhere in the sale, two works by German Americans catch the eye.