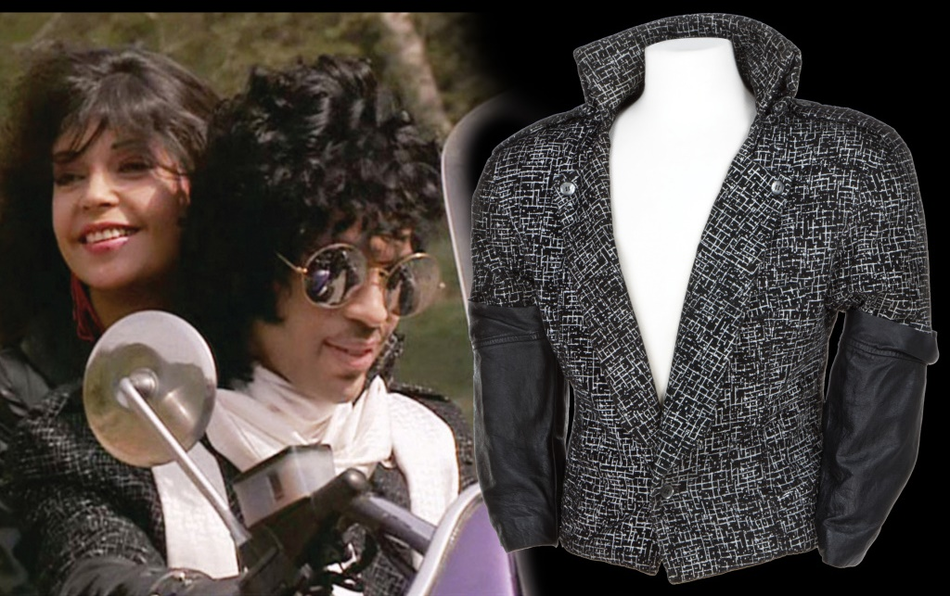 A jacket worn by the late pop icon Prince in his movie debut Purple Rain is set to sell at auction in California.

The black and white motorcycle jacket, worn on-screen by Prince in one of the film’s most famous scenes, will be offered with an estimate of just $6,000-$8,000 – but is expected to sell for far more following the singer’s sudden death last month.

“The world lost a musical icon when Prince passed away, but now his legacy can live on with this jacket and other pieces,” said Joe Maddalena, President of auction house Profiles in History. “Very rarely are items from this superstar available for auction, so this creates a special event for us and for the world of collectors.”

Having risen to fame in the early 1980s, Prince made his onscreen debut as ‘The Kid’ in the 1984 rock musical Purple Rain, a quasi-biographical story about a budding musician in his home town of Minneapolis.

The film itself was relatively successful, but the accompanying soundtrack album was an instant classic, selling 22 million copies and featuring tracks such as Let’s Go Crazy, When Doves Cry and the title track, which became Prince’s signature song throughout his career.

Fittingly, Purple Rain was also the last song Price ever performed live, closing his final show in Atlanta, Georgia on April 18, 2016, just three days before he passed away at his Paisley Park home in Minneapolis.

The sale will also offer memorabilia from another late icon, the King of Pop himself, Michael Jackson. Highlights will include the singer’s white Swarovski crystal studded glove, worn on stage during the 1992 Dangerous World Tour, and a black sequined cardigan worn whilst performing Billie Jean during the HIStory tour in 1996.

Further musical mementos will include stage-worn outfits from the likes of Britney Spears, Katy Perry and Alicia Keys.