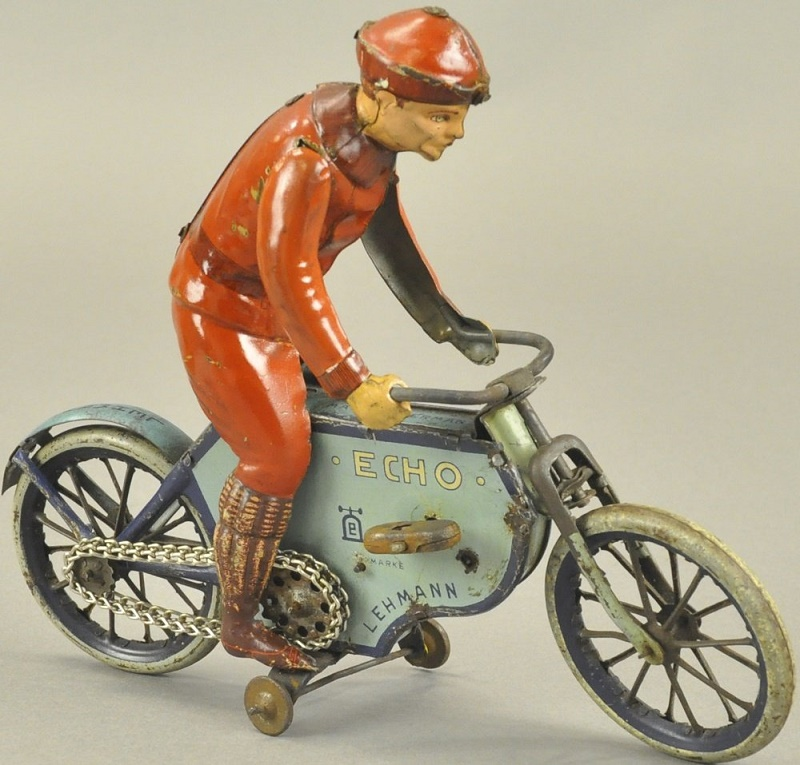 Bertoia Auctions will offer collectors a treasure-chest of childhood nostalgia later this month, with its upcoming Spring Toy Shoppe sale.
The sale will feature one of the most comprehensive selections of vintage toys the auction house has ever offered, with more than 1,000 lots set to cross the block in Vineland, New Jersey.

Amongst the highlights will be numerous pressed-steel automotive toys from the renowned Jay Schoedinger collection. “Jay’s toys would be upgrades for almost anyone’s collection,” said Bertoia Auctions associate Rich Bertoia. “We offered the first grouping from Jay’s collection in our March sale, and bidders’ paddles were up in the air. They didn’t hold back.”

The company expect more of the same this time around, with exceptional examples from manufacturers including Buddy ‘L,’ Sturditoy, Keystone, Nabisco and Metalcraft up for grabs.

The auction will feature a superb offering of colourful, and highly collectible, lithographed-tin airplanes including both civilian and military aircraft. “From the 1930s to the 1950s, toy airplanes were as colorful as any toys, including comic character,” said Bertoia.

“The lithography was highly visible because the wingspans were so large. These are exactly the types of planes today’s collectors love to display.”

Amongst the most valuable lots in the sale will be an original Marklin ‘Amerika’ model ship, described as "what may be the finest Marklin ocean liner ever to cross Bertoia’s auction block" valued at $45,000-$65,000; and a "truly spectacular" circa-1870s Francis, Field & Francis train locomotive with coaches, estimated at $18,000-$22,000.

For comic character collectors there’s a wealth of tin toys featuring the likes of Popeye, Donald Duck, Goofy, Mickey Mouse and Howdy Doody, alongside an array of Lehmann wind-up toys and some rare and early German tinplate penny toys.

The auction will also offer a strong selection of cast-iron door stops, hand-picked by renowned collector and expert in the field Jeanne Bertoia, a variety of decorative doorknockers, more than 100 Christmas antiques including decorations and nodders, and a number of rare selection of mechanical and still banks.