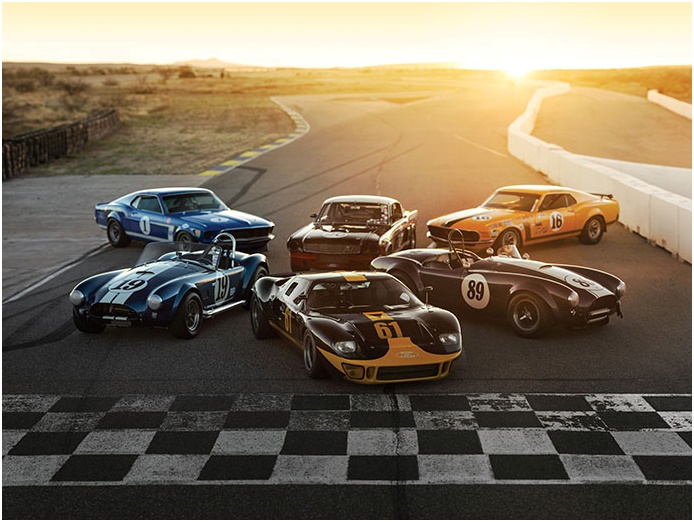 “We’re beyond thrilled to have been entrusted with the sale of the Jim Click Collection in Monterey – the cars that make up the collection are truly some of the best examples on the planet,” said Donnie Gould, Car Specialist at RM Sotheby’s.

“Jim Click is an avid race driver, a genuine enthusiast, and a big proponent for jumping behind the wheel and using cars as they’re intended. He’s personally driven all the vehicles in his collection and has been a frontrunner in every race he’s competed in, building on their race-winning heritage.

"Each has been kept in top racing form, thanks to none other than the legendary Don Roberts, who made them extremely fast and extremely safe. They’re so dialed in, it’s amazing!”

Leading the collection is a 1964 Shelby 289 ‘Competition’ Cobra, formerly raced by SCCA legend Don Roberts and regarded as one of the most successful racing Cobras of all time.

With countless victories and podium finishes, Roberts drove the car to three SCCA Divisional Championship titles and four consecutive victories at the Monterey Historics. Having been raced extensively in recent years by both Click and Roberts, the car is now expected to sell for $2.2-$2.6 million.

“[The car] features an unrivalled period racing history with countless wins to its name, and significantly, has not claimed a single DNF in its illustrious career," said specialist Alexander Weaver. "Ready to return the track, CSX 2473’s racing career is far from over; highly competitive, it’s sure to find itself back on the podium at future historic racing events."

“It’s time for me to let someone else enjoy the cars like I have,” said Click. “They are fantastic cars – thoroughly prepared to the extent that we’ve never had a safety issue. Whoever ends up owning them, you’re in for a truly exciting ride. I hope you have at least half as much fun with these cars as I have had over these last 25 years.”