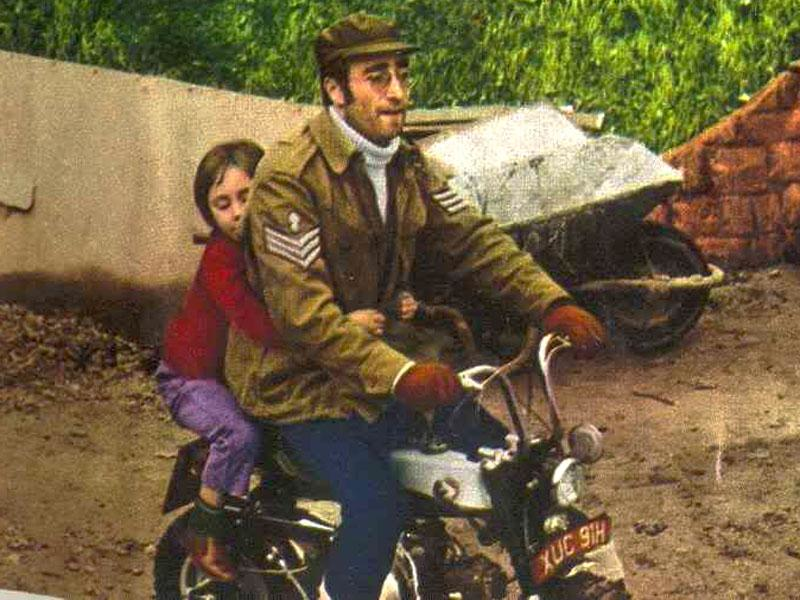 A miniature motorcycle owned by John Lennon is set to fetch a big price when it heads to auction in the U.K later this year.
H&H Classics has announced it will offer a 1969 Honda Z50A ‘Monkey Bike’ which Lennon used to zip around the grounds of his country estate in the late 1960s.

In 1969 Lennon and wife Yoko Ono bought Tittenhurst Park, a Georgian country mansion in Berkshire which came with a huge 72 acre estate.

To get around the grounds Lennon bought himself a 1969 Honda Z50A – a tiny 49cc motorcycle also known as the ‘Mini Trail’ which had a top speed of 25mph.

In 1971, following the official break-up of The Beatles, Lennon and Ono moved to New York and the Z50A was sold to the owner of a local motorcycle garage.

It then passed to current owner John Harington, who has spent the past 47 years maintaining and exhibiting the bike at events across the country.

Still in remarkably original condition, the matching-numbers bike remains in working order and comes with an extensive file history.

The Z50 wasn’t the only Honda ‘Monkey Bike’ Lennon used to travel around his estate. He also owned a Honda 160Z which he rode around, often with his son Julian perched on the back.

When Lennon left for New York that bike remained at the Tittenhurst estate and passed to its new owner, Ringo Starr.