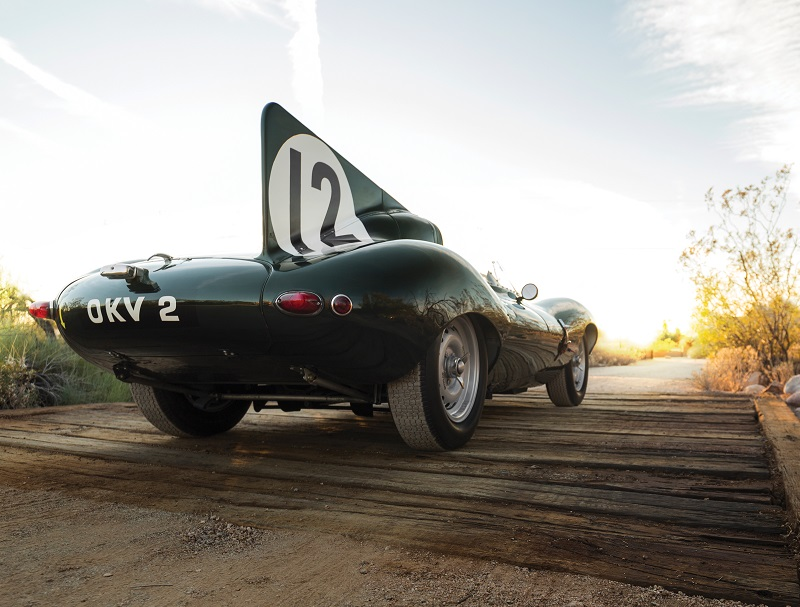 A vintage Jaguar raced at Le Mans by the legendary Stirling Moss is heading for auction in Arizona next month.
The 1954 Jaguar D-Type is expected to fetch a stunning $12 – $15 million when it hits the block at RM Sotheby’s.

Jaguar built Chassis no. XKD 403 as the lead car for their factory team entry in the 1954 Le Mans 24 Hours Race.

The company entrusted the car to Stirling Moss and Peter Walker, who had finished second the previous year, and had high hopes when it became the fastest car during practice.

However, all three Jaguar factory team cars were destined to suffer engine misfire issues due to mysteriously contaminated fuel supplies, and XKD 403 was forced to retire after just 92 laps.

Moss and Walker later drove the car at the 12 Hours of Reims, and it then became a test car, playing a vital role in Jaguar’s success as D-Types raced to Le Mans victory three consecutive years running from 1955-1957.

It later passed into the hands of privateer racers, and was campaigned in at least 55 races during the 1950s, including 24 podium finishes and five overall victories.

The list of drivers who have sat behind the wheel of XKD 403 has been described as “the who’s-who of Jaguar racing”, and includes the likes of Mike Hawthorn, Duncan Hamilton, Peter Whitehead, Ken Wharton, Bob Berry, Jimmy Stewart, Don Beauman, Peter Blond, Ron Flockhart, and Ninian Sanderson.

Regarded as “a veritable cornerstone of Jaguar’s competition history”, the car is set to attract the attention of collectors worldwide when it goes under the hammer on January 18.