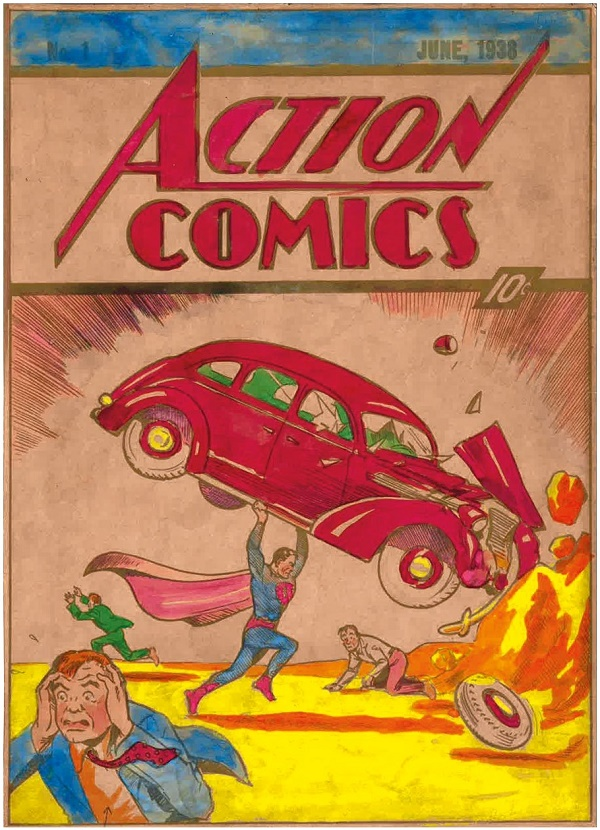 The sole surviving piece of original artwork from Action Comics #1, the most important comic book of all-time, is now up for sale at ComicConnect.
Published in April 1938, Action Comics #1 featured the debut of Superman and is widely considered the first true superhero comic.

The single page is a test version of the iconic cover, created prior to publication and hand-painted by a printer.

"As the original art from this issue is long lost, this is likely the only remaining piece left of the construction of an American pop-culture monument, making it among the most historically significant items we’ve had the privilege of offering," said the auction house.

In the 1930s, when editors wanted to test out different colour schemes for their comic book covers they used ‘silver proofs’ – cheap black and white line prints which could be quickly filled in using watercolour paint.

These test versions were almost always discarded, but a solitary silver proof made during the creation of Action Comics #1 survived.

For decades it hung in a frame behind the desk of Harry Donenfield, owner of National Allied Publications, which distributed Detective Comics and Action Comics.

Donenfeld was forced to retire due to ill health in the early 1960s, and as workmen cleared out his old New York office a D.C Comics employee spotted the cover in a hallway trash can.

That employee was Ed Eisenberg – the same man who had originally painted it in 1939.

Eisenberg began his career as a color separator at the Strauss Engraving Company, and produced four color variations for the Action #1 cover for consideration by the publishers.

He then served with the military during WWII, and when he returned home a friend scored him a job back in the comic book business, as a colorist at D.C Comics.

Eisenberg saved his hand-painted cover and kept it his personal collection for many years.

It now remains as a unique cultural artifact from the Golden Age of comic books, and can be considered the earliest printed image of Superman in existence.

The Action Comics #1 silver proof is currently open for bidding, as part of the ComicConnect Event Auction which runs online until December 6. 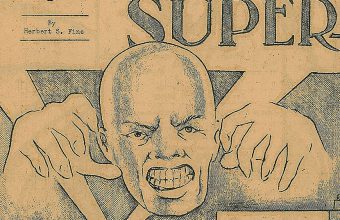