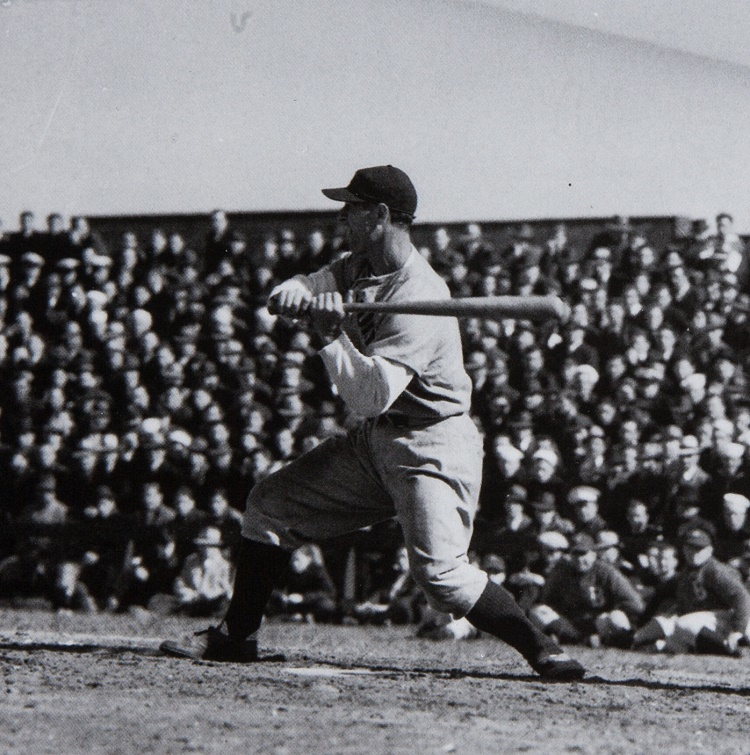 The bat with which Lou Gehrig hit the last two home runs of his career is up for sale at Heritage Auctions.
The legendary New York Yankees player used the bat during a pre-season game in 1939, just weeks before his career was cut short by a tragic illness.

The bat comes with a superb back story, having been given by Gehrig himself to a young bat boy named Bing Russell.

It is now expected to fetch more than $800,000 when it hits the auction block in Dallas on December 10.

As a kid in the 1930s/40s, Bing Russell served as the Yankees’ unofficial mascot and became friends with many of the team’s stars such as Lefty Gomez and Joe DiMaggio.

He was beloved by the players for his ability to smuggle peanuts and hot dogs into the dugout, despite manager Joe McCarthy’s strict rule of ‘no food’ during games.

The story of how Bing Russell acquired the important bat is recounted in a letter of provenance from his daughter Jill Russell Franco, and co-signed by his son, Hollywood star Kurt Russell.

It reads, in part:

"For eight years, my Dad was a fixture in the Yankees’ dugout during Spring Training and the six World Series they played in during that time…All of the players befriended him and paid him pocket change to run errands and perform clubhouse duties for them.

"Although Lou Gehrig was always very kind to my Dad, and ruffled his hair whenever he walked by, Dad never dared speak to him or joke around with him like he did the other players, because he was in awe of Gehrig above all others."

She also recounts how her father began to notice Gehrig’s physical deterioration, as he succumbed to what was later diagnosed as amyotrophic lateral sclerosis (ALS).

But during a spring training exhibition game on April 14 against the Brooklyn Dodgers in Norfolk, Virginia, he found the strength in his swing to hit his final two home runs in a Yankees jersey.

"Gehrig was having a great day in one particular pre-season game in 1939. When he hit his second home run of the day, the team was ecstatic, they all wanted so desperately for him to do well.

"My Dad ran to the dugout steps in his excitement to watch Lou run the bases. He saw the bat boy pick up the bat where Gehrig had dropped it and show it to him when he crossed the plate. It was broken at the handle. Lou Gehrig handed the bat to my Dad when he got back to the dugout, "Here, Kid."

"Lou Gehrig never hit another home run. My Dad showed that bat to hundreds and hundreds of ballplayers and baseball fans who visited him through the years. It was always known as "Lou Gehrig’s last home run bat."

Gehrig’s diagnosis was confirmed two months later, and on June 21 the Yankees announced his retirement, marking the end of one of baseball’s finest careers.

Bing Russell went on to become an actor, starring in a number of Westerns, but his love of baseball remained and in 1973 he founded the independent minor league team The Portland Mavericks.

The Mavericks lived up to their name, and became famous for holding open tryouts, offering former pros ‘one last season’, and building a team packed with talented loose cannons.

They were also the only side in the league to ban corporate sponsorship and were progressive in their appointments, hiring the first female general manager and the first Asian American general managers in professional baseball.

The team lasted for five years, breaking attendance records and winning three consecutive third division titles against all the odds.

The team’s remarkable story was retold in the 2014 documentary The Battered Bastards of Baseball, directed by Oscar-winner Todd Field – who had originally served as a batboy for the Mavericks in his youth.

Not only is the bat one of the most significant items of Lou Gehrig memorabilia to ever cross the auction block; but it also stands as a testament to Bing Russell, whose love of baseball brought so much to the game throughout his life. 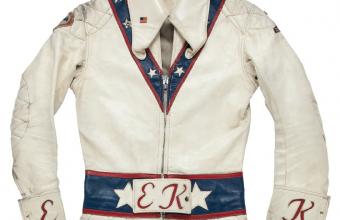 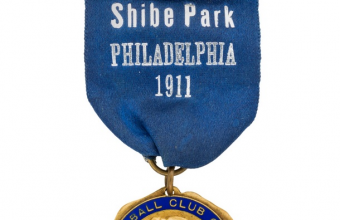