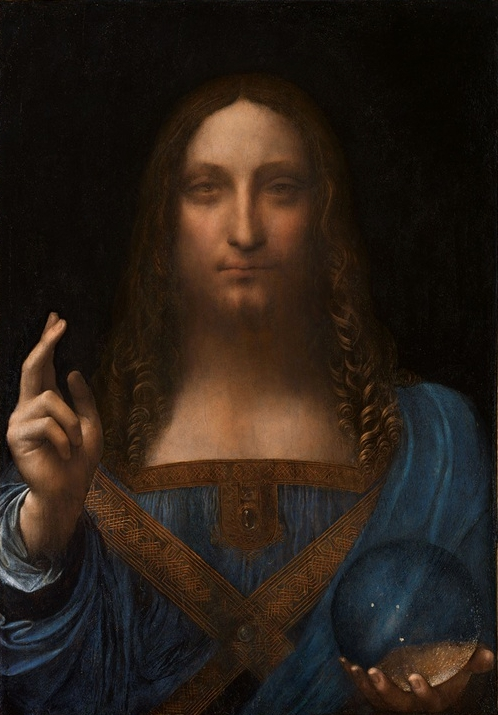 Salvator Mundi, the last Leonardo da Vinci painting in private ownership, has smashed the art world record.
The circa 1500 depiction of Christ sold for $450 million at Christie’s post-war and contemporary art sale in New York last night to an anonymous telephone bidder.

That more than doubles the previous auction record of $179.4 million, held by Picasso’s Les Femmes d’Alger, and surpasses the $300 million private sale record set by Willem de Kooning’s Interchange in 2015.

The 18 by 26 inch oil – one of only around 15 extant Da Vinci paintings – auctioned in 1958 for just £45. At that point, it was thought to be the work of a pupil of Da Vinci’s, Giovanni Antonio Boltraffio. That was still the case when it auctioned again in 2005 for just $10,000 to a business consortium.

Yet six years of forensic analysis later, and it was declared a genuine work by the Italian polymath – the first new Da Vinci unearthed since 1909.

Chairman of Christie’s New York’s post-war and contemporary art department, Loic Gouzer, said: "Salvator Mundi is a painting of the most iconic figure in the world by the most important artist of all time.

The opportunity to bring this masterpiece to the market is an honor that comes around once in a lifetime. Despite being created approximately 500 years ago, the work of Leonardo is just as influential to the art that is being created today as it was in the 15"

It was consigned by Russian billionaire Dmitry Rybolovlev, who bought it privately for $127.5 million in 2013.

The $450 million price tag is all the more remarkable when one considers the continued uncertainty regarding the work’s authenticity. The light refracted from Christ’s orb has particularly come under scrutiny, with some saying it lacks the geometrical precision associated with Da Vinci.

“Any private collector who gets suckered into buying this picture and places it in their apartment or storage, it serves them right”, US art critic Jerry Saltz wrote on Vulture.com

Want your own Da Vinci? Drawings occasionally appear for auction. Prices have been as low as $5,000 for tiny sketches as recently as 2012. This week’s sale will propel that market far higher.