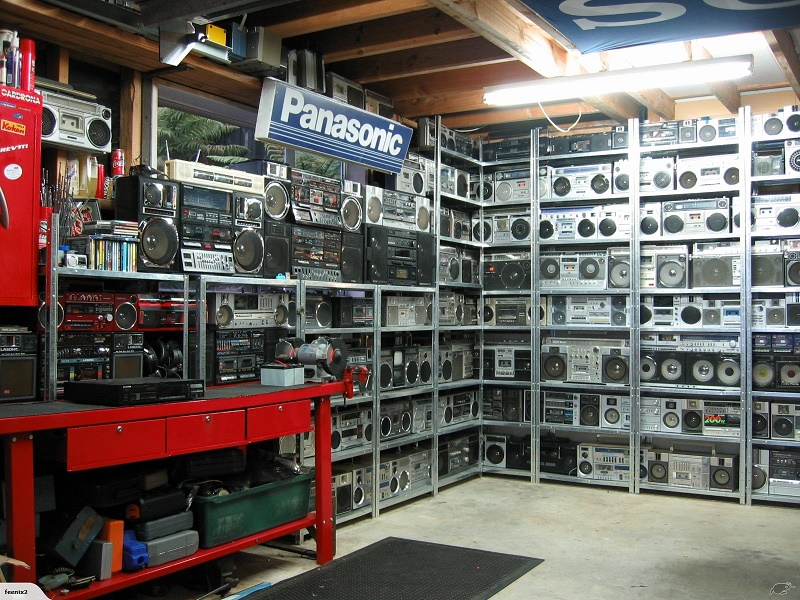 One of the world’s largest collections of vintage boomboxes has gone up for auction in New Zealand.
The collection, which includes more than 400 examples, is the work of Dunedin’s Craig Kenton, who grew up in the 1980s coveting the iconic machines.

"When I was a kid I used to stare goggle-eyed into shop windows wanting them, they were a real statement of ’80s culture," Kenton told Stuff.co.nz.

His passion quickly got "out of control", and over the past 15 years he’s assembled one of the world’s largest and most comprehensive boombox collections, featuring rare and sought-after models including a Sharp GF-1000, a Lasonic 931 First Gen, a Crown 970, a Disco Lite, a Promax J1 and a Sanyo Big Ben.

"Over 300 of them are working great. I’ve taught myself to fix them over the years, otherwise it would have been an expensive bill."

However, having decided it was the time to sell, Kenton has now placed the entire collection up for sale through the online auction site TradeMe, where he hopes to sell it as a single lot.

"Finding them has been a big part of my life. I feel like the collection is a piece of 80s art, and I hope they go somewhere they can be seen."

"We’ve seen a lot of incredible collections on Trade Me over the years but this is one of the more extensive and best displayed that’s ever appeared on the site," added a spokesperson for the auction website.

"Retro is very cool right now, we’ve seen a resurgence in sales for hard copy books and vinyl records. Hopefully this seller finds another passionate collector or a buyer who prefers their tunes old school."

Bidding in the online sale ends on August 1.