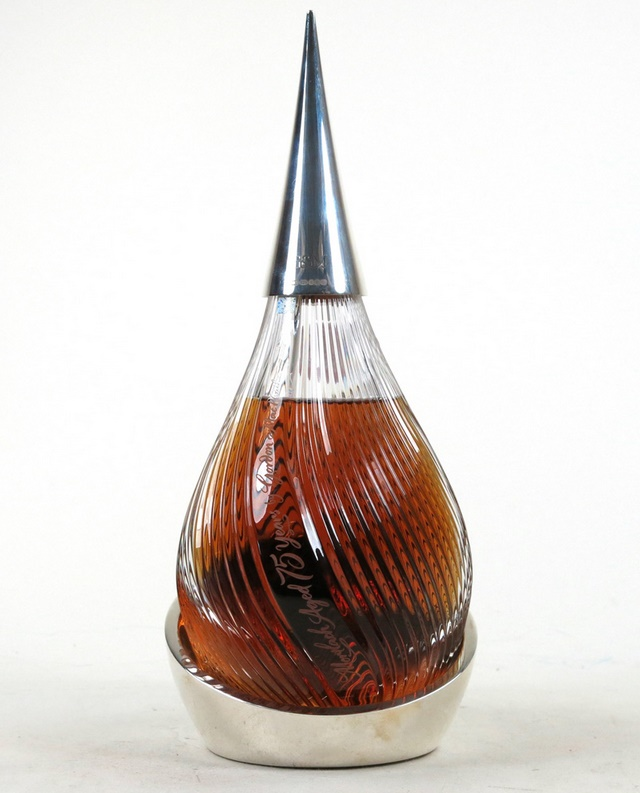 The world’s oldest whisky ever bottled is currently up for auction in Scotland.
Whisky Auctioneer Ltd is offering a limited-edition bottle of the Generations Mortlach 75-year-old, as the highlight of its latest online auction.

The whisky was originally distilled on 17th November 1939, and matured in a single first-fill Sherry butt for 75 years before being bottled at cask strength in 2015 by Gordon & MacPhail, as part of the company’s Generations range.

Bidding on the rare whisky had already soared past $25,000 at the time of writing.

"At a stunning 75 years old this incredible Mortlach is the oldest whisky ever bottled," said a spokesperson for the auctioneer.

"The precious liquid is presented in a handcrafted crystal teardrop-shaped decanter, which features 75 multilevel cuts in the glass representing the 75 years of maturation. With only 100 decanters released for sale this could easily be named the world’s most exclusive single malt whisky."

The auction will also offer another, even older item for collectors with an interest in whisky history: the world’s oldest-known book on distilling whisky, published in 1718, entitled ‘The Practical Distiller: Or, a Brief Treatise Of Practical Distillation’.

Just eight copies are known to exist, two of which are held in Oxford University’s Bodleian Library and at Harvard University. The copy offered here is bound with another early work on the subject, A Compleat Body of Distilling by George Smith published in 1725, and together the two works have already attracted bids of more than $4,500.

"We are delighted to feature these two lots in our current auction, they each offer a unique opportunity to own a real piece of whisky history and we don’t doubt that they will become the crown of someone’s collection.”

Bidding in the online sale ends on Monday May 2.