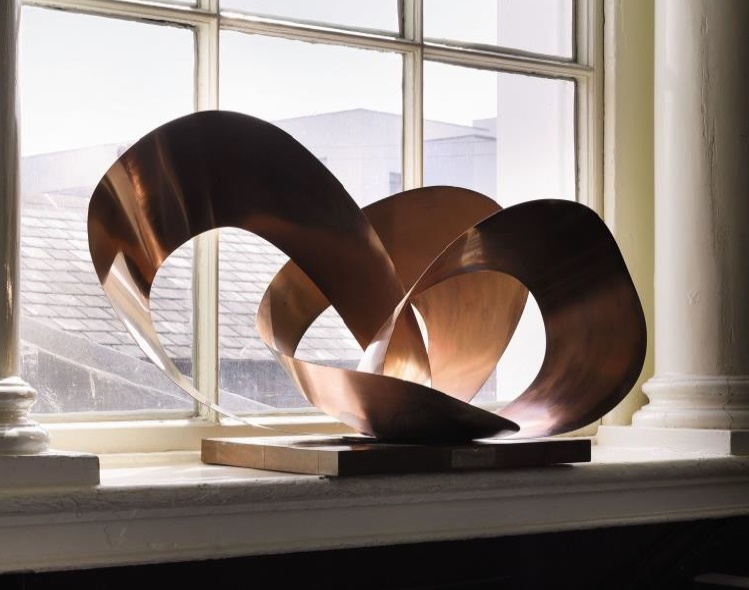 Two seminal works by the renowned British artist Barbara Hepworth will cross the block at Sotheby’s next month.
‘Quiet Form’ and ‘Forms in Movement (Galliard)’ will be offered as part of the forthcoming Modern & Post-War British Art Evening Auction in London on June 13.

"We are thrilled to be offering two beautiful objects with such a great story of personal importance to one of the giants of 20th-century art," said Frances Christie, Head of Sotheby’s Modern & Post-War British Art.

"Hepworth is the only British female artist to have two galleries dedicated to her, and following a hugely successful retrospective at the Tate Britain last year, the appetite for the very best examples of her work has never been stronger."

The sculptures will be sold on behalf of Wakefield Girls’ High School, where Hepworth studied in her youth, to raise funds for educational facilities and student support programs.
Hepworth always acknowledged the role the school played in her development as an artist.

She held particular affection for the school’s headmistress Miss McCroben, who recognised Hepworth’s talent from an early age and nurtured it throughout her education. McCroben later helped Hepworth win a scholarship at the Leeds School of Art, and even arranged for her lodgings when she moved to the Royal College of Art in London.

The first sculpture on offer, Forms in Movement (Galliard), was presented to the school in 1956 as a gift to commemorate the opening of the new Gymnasium. Conceived during an important period in Hepworth’s career, as she began using a variety of new materials, the sculpture is expected to sell for £250,000-£350,000 ($363,700-$509,180).

The second sculpture consigned by the school is Quiet Form, gifted to headmistress Miss Margaret Knott upon her retirement in 1973. Hepworth and Knott had become close friends due to her lifelong association with the school, and Hepworth wrote in a note accompanying the sculpture:

"I would be very happy indeed and honoured to have a work in your possession, and to fill a link with Wakefield… with my love to you and the school which I never forget."

"Hepworth’s extraordinary career and the way in which she was able, from an early age, to pursue her own unique talents, is something of which the school is – and always will be – immensely proud," said John McLeod, spokesman for the Governors of Wakefield Grammar School Foundation.

"Having Hepworth’s sculptures at the school was a profound reminder both of her achievements and of the nurturing, supportive ethos of which we are so proud. But as Hepworth’s market prices have rocketed, so have the costs of insurance and security.

"While this means that it is hard to justify devoting valuable – and limited – school resources to insurance costs, it also means that we have the unexpected opportunity to release significant funds, which can be used to afford other students just the kind of special opportunities Barbara Hepworth enjoyed."