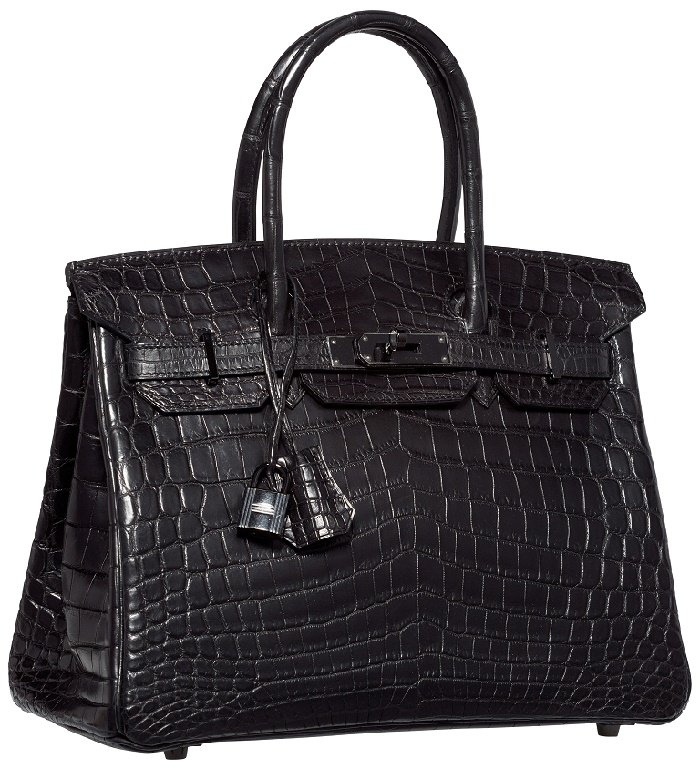 A trio of exclusive handbags have each fetched six-figure sums as part of a luxury accessories sale in New York.
The Heritage auction fetched more than $2.5 million, as collectors snapped up a succession of rare designer handbags.

"Astute collectors and bidders took note of this carefully curated auction," said Diane D’Amato, Director of Luxury Accessories at Heritage Auctions. "Following a busy weekend of previews on the Upper East Side, the bidding was brisk for the 600 lots offered, comprised of Hermès, Chanel, Louis Vuitton, Judith Leiber and many additional premier designers."

Leading the sale a Limited Edition 30cm Matte So Black Nilo Crocodile Birkin bag, regarded as one of the most exclusive Hermès bags ever produced. With Heritage describing the sale as a "once in a lifetime opportunity to add one of Hermes’s most impressive handbags to a collection", it was no surprise that it was snapped up for $125,000.

Such was the French fashion house’s domination of the sale, it accounted for the 20 top-selling pieces from the sale.